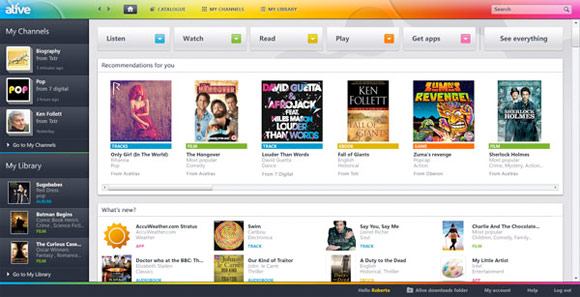 Taiwanese computer-maker Acer announced a wave of new devices today, including two Android tablets and a dual-screen tablet, but it wasn’t just focused on hardware. It also announced Alive, which sounds like a media and application store for owners of Acer devices.

In its press release (reproduced on Engadget), Acer says it sees five main uses for Alive — listening to music and other audio content, watching movies and TV shows, reading e-books and periodicals, playing games, and downloading applications. This sounds like Acer’s version of Apple’s iTunes store, but Acer says this is “much more than a traditional content store.”

Users will navigate the store by subscribing to channels, for example those representing their favorite movie genres or musicians. Some of the content will be free, while other content will require a payment or a subscription fee. Users will also be able to comment on content and share those comments with friends on social networks.

The press release includes a list of initial content partners, including music service 7 Digital, games supplier Casual Games, magazine distributor Zinio, and app distribution platforms Adobe InMarket and Intel AppUp. Acer plans to launch Alive in the United Kingdom and Italy in December, then roll it out to more countries and devices throughout 2011.