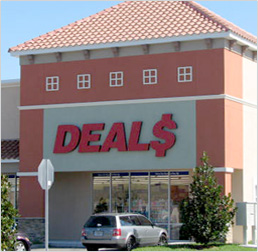 Whenever I talk about apps that allow users to share what they’re watching with friends by “checking in” to a TV show, the first question anyone asks me is, ‘Why the heck would I want to do that?” Social TV startup Miso has been exploring different answers to that question, such as special content, and it unveiled a new one today — a promotional deal with home shopping company QVC.

As a marketing effort for QVC’s program The New Black Friday, Miso users who check in to the QVC channel between 8pm on Thanksgiving and the end of the day Friday will get a link to a special product deal that’s only being offered to Miso users. The San Francisco startup says it wants to keep the exact deal a surprise, but it will involve a kitchen or food product.

This follows yesterday’s announcement of a deal with Universal Studios Home Entertainment. To promote the upcoming Despicable Me DVD, Universal will have “minions” (characters from the movie) appear on various TV shows, starting with the Macy’s Thanksgiving parade. Users who check in to those shows can win points (also called minions, which is, yes, kind of confusing) that can be redeemed for prizes at the MinionMadness.com site.

When Miso launched, bloggers (including me) called it “Foursquare for TV” because it mirrored many of the features of Foursquare and other location check-in services. By adding deals, Miso is again following the lead of its location-based brethren. And as with location services, Miso can presumably offer these deals as a way to both increase user engagement and earn money. Facebook just added deals to its Places service.

The company has raised seed funding from Google Ventures and various angel investors. (Investor Georges Harik also invested in VentureBeat.) It’s competing with a number of other products, including Comcast’s new Tunerfish service.