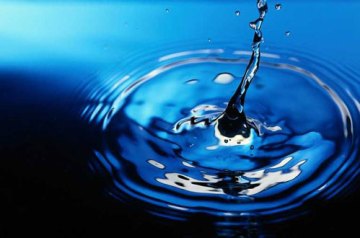 LG admitted at that time to having no previous experience with water treatment technology, but it intends to invest $400 million in this new business in the next decade and generate $7 billion in revenue by 2020. The company said this marked the start of a major change in direction and is part of LG’s search for a new growth engine.

Water filtration removes solids from liquids and is normally the last step in the water-purification process. Various types of permeable membrane can be used to remove both salts and dissolved organic matter. LG has developed an advanced membrane filtration system, in particular reducing the size and increasing the efficiency of the membrane. The membrane in the G-MBR process requires 34 percent less space than conventional MBRs, making it more efficient and easier to install.

According to LG, the membrane is highly resistant to contamination and fouling, ensuring a longer lifespan while still delivering savings in maintenance costs. G-MBR’s phosphorus-removal system is almost twice as effective as similarly-sized systems. Removing phosphorus from treated water is an important part of any water treatment solution as phosphorus has been shown to contribute to the eutrophication, or heightened biological activity, in lakes, ponds and other bodies of water

LG intends to begin its foray into the water business by targeting industrial water treatment, later expanding into sewage and drinking water treatment. The company eventually plans to enter the business of water treatment engineering and procurement as well as operation and maintenance across the municipal sector. Its main competitors are  GE, which has been investing heavily in water technology in recent years, and Siemens.

On Nov 30, LG announced a restructuring of the company. Separate healthcare and water business teams will be created to drive those businesses forward. The Home Appliance (HA) unit will establish a compressor and motor business unit. There will also be an Air Conditioning and Energy Solution (AE) Company which will take on future growth opportunities such as solar and LED lighting. LG is clearly indicating that its existing consumer electronics business will not be its only, or even main,  growth engine for the future. It will be interesting to see whether the other electronics giants follow suit.