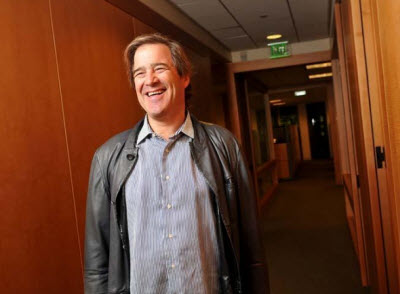 Bing Gordon, a partner with Kleiner Perkins Caufield & Byers, says that his venture capital firm has to gear up for the coming tech boom. That’s one reason that his company hired famous Morgan Stanley analyst Mary Meeker as a new partner on Monday.

Meeker’s investing focus at the firm will be on the Internet and how the shift to mobile  will create huge new opportunities, Gordon said in an interview.

Gordon is sitting pretty himself as the backer of Kleiner’s investments in mobile gaming firm Ngmoco, which was bought by DeNA for $403 million, and Zynga, the hot social gaming company that is valued at $5.6 billion.

“She thinks big and thinks global,” Gordon (pictured right) said. “Among the analysts, she is my favorite personality. She makes fearless macro bets and is right most of the time.”

Gordon said he sees a big boom coming, not a bubble, much like Kleiner’s managing partner John Doerr, who said that we’re in the midst of yet another boom for internet investments at the recent Web 2.0 Summit. The reason is that he sees a lot of technologies that are changing the way we live. 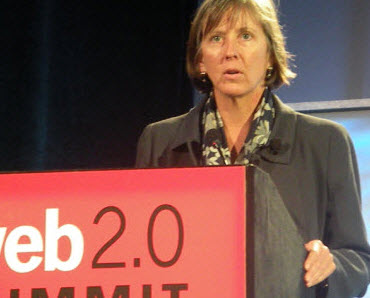 “The world of digital media is being transformed,” Gordon said. “A bunch of new businesses can be reinvented, thanks to social graphs, the mobile internet, and the new shopping habits of the young. Those are going to create a whole generation of cool new companies. Mary has the right stuff to help people take advantage of the opportunities.”

As for his own focus, Gordon said he is fascinated how users are dealing with the information overload from the social internet and how users are building their own social capital. He is also interested in the “new algorithms, data structures and network topologies of the social web.” He is looking at the intersection of mobile operating systems, the social web, and entertainment. He is also interested in gamification, or making non-game applications more fun and engaging by making them more game-like.

Beyond spotting trends, Meeker will now have to pick the right companies and entrepreneurs that are riding those trends. Meeker will focus on Kleiner’s digital investments, which largely means the social and mobile Internet. But Gordon said that renewed emphasis on internet companies doesn’t mean that the company is backing off completely on big cleantech investments.

“If you look at our cleantech and life science press releases, you can see there are other partner recruitments happening there too,” he said.

Kleiner has a new fund, the sFund, to invest in social Internet companies. But Gordon said it isn’t easy to predict whether Kleiner will invest more money in 2011 than it will in 2010.