I was in the music section of Barnes and Noble when it hit me. I was looking at a copy of Neil Young’s Le Noise, and I told my girlfriend that I could borrow or download it rather than pay $17 for the album. As we walked out of the music section, we saw the store's board-game selection. I eyed two items that cost $35 each. It was then that I realized I was willing to pay twice as much for something I might only be able to play once a month. If I bought the album, I could listen to it whenever I please.

I still really want this album.

It dawned on me that the reason I devalued the album is because I saw it as something I would consume — listen to it a dozen times and forget about it. The board games are experiences. This distinction is important because it explains the direction my video-gaming habits have gone. I don’t buy games often. And it's not because I don’t have the money. It's because new, must-have experiences rarely present themselves to me. Mount and Blade and Men of War generally scratch any interactive itches I get. And my Steam account features more than half a dozen shooters I can play any time I please.

While both video games and board games are consumer products, the culture surrounding the former has become consumption focused. Games are disposable: We buy them, eat them up, and throw them away, either metaphorically or literally.

I remember back when I thought it was a big deal to have Spore, Grand Theft Auto 4, and Mass Effect on the first day. I wanted to play as many titles as possible, and when I couldn’t find a new one, I would seek out reviews and watch videos. I read EGM and listened to podcasts. I commented on forums and had arguments with friends. Gaming became about experiencing the breadth of product, not the experiences themselves. Then something changed.

I got into board games. 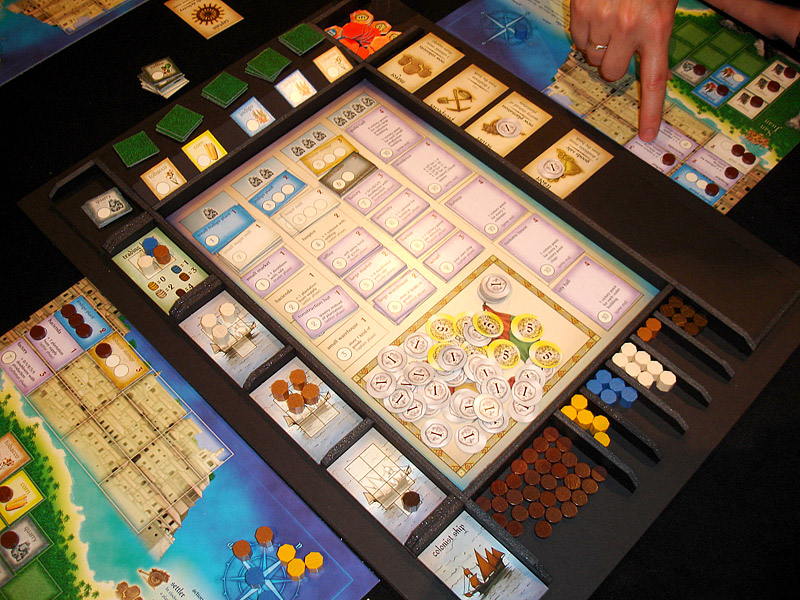 It's not as complicated as it looks. No, wait a sec…it is.

I am not saying that board-gaming culture doesn't possess this quality; it does. Enthusiasts refer to it as "the cult of the new.” This term refers to people who obsess about the newest games. Most of the community, however, focuses on playing the best efforts in the format, regardless of newness or age. Two of the most popular titles on BoardGameGeek.com right now are Puerto Rico and Agricola: One is seven years old, and the other is three. To put that into perspective, imagine if the most popular video games right now were Grand Theft Auto: San Andreas and Madden 07. My favorite, Memoir ’44, came out six years ago.

As a board-game convert, my comparison is probably unfair. Since Bitmob is a video-game website, I'd like to know what you think. Why is it necessary to ceaselessly buy new games? I thought the economy would have driven down the price of new game. I also thought the whole new-games-equals-big-sales thing would have gone away. My assumptions were so incorrect that EA and Activision are starting to move PC prices to $60. It's insanity, but it's also their right to price them however they see fit and my right to decline to buy them.

Do we merely consume games, or do we experience them? Is a night of Black Ops on Xbox Live as fulfilling and meaningful to you as a round of Risk with some buddies?