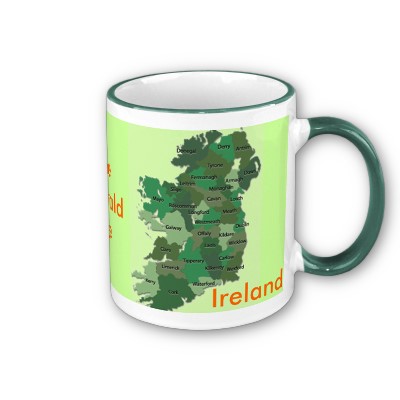 Ireland has been in the news lately for all the wrong reasons, starring in a soap opera of EU intrigue and enforced bank bailouts. Watching my home country’s progress over the past few years has been like the troubled career of singer Amy Winehouse: huge talent and instant riches followed by a rapid and self-inflicted downward spiral cataloged in tabloid headlines.

In Dublin recently for the first time in years, I heard some good news in the midst of all the gloom. The country has a head start on most of the world in capitalizing on one of its few plentiful resources: renewable energy.

Renewable energy could be Ireland’s new pot of gold. According to a recent book by John Travers, 100,000 jobs could be created from harnessing renewable energy and applying energy efficiency, and 20 percent of Ireland’s future GDP could come from exporting its renewable energy. The wind and wave power available on Ireland’s Atlantic coast is one of the biggest renewable resources in the world and can be supplemented by biomass. To put this in context, the nation’s peak electricity demand is approximately 6,000 megawatts (MW) while the wind blowing over the island contains 8,000 megawatts of power. Ireland already has 1260 MW of installed wind capacity. The country also aims to put 500 MWs of wave power online by 2020.

As a result Enterprise Ireland‘s cleantech unit is concentrating its resources of a limited set of niches, among them energy efficiency and renewables. According to Marina Donohoe, who heads up the unit, these areas were chosen because of Ireland’s strengths in IT and construction (that property bubble was useful for something) in addition to the large supply of renewable energy.

I talked to Professor Orla Feely from University College Dublin, who recently reviewed Ireland’s smart grid research, about the areas in which Ireland is ahead of the rest of the world. She told me that universities are taking a multi-disciplinary approach to the energy problem, looking at not just the technical aspects like modelling high levels of integration of renewables, but also collaborating with economists and behavioral scientists since customer and electricity generator behavior needs to change.

This was a point echoed by Eirgrid‘s Jon O’ Sullivan (Eirgrid manages Ireland’s electricity transmission network), who is adamant that the economics of energy generation must be updated in order to ramp up renewables. Energy generation pricing is currently based on the assumption that fuel is the main cost of generation. This is obviously not the case with renewables, so he suggests that generators should also be paid for services they provide such as reactive power and power storage. Feely also pointed to Ireland’s experience in areas like building research and smart sensors. No less important, she says that Ireland has a very supportive policy environment and a small number of key players, which gives it a flexibility and agility in smart grid that is hard to match. Ironically, Ireland’s “two degrees of separation,” which caused many of its problems in banking and politics, could actually be an advantage in this case.

Ireland’s power grid is rather unique in that it’s an island grid with very limited interconnection to the rest of Europe. Mainline Europe’s grid, for example, is very closely connected, which means that an individual country’s grid can effectively “trade itself out of trouble” using supplies from neighboring countries. Ireland’s grid operates largely independently. It also has an unusually high penetration of wind power. On one day in April this year 42% of the Irish grid was powered by wind. This is the highest worldwide wind penetration on a power grid to date. The average is closer to 15 percent of power supplied by renewables, but the Irish government has a target to increase this to 40 percent by 2020 (37 percent from wind power). As a result, Irish grid operators are already tackling problems caused by the integration of high levels of renewables that will hit other grids later. 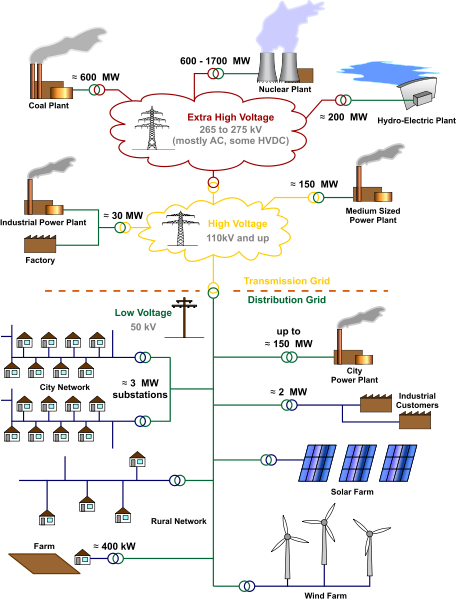 Ireland’s power grid is managed by two entities. Eirgrid operates the high-voltage transmission network, while ESB runs the medium and low voltage distribution network and deals with consumers. Jon O’ Sullivan is Eirgrid’s Operations Policy & Performance manager. He told me that there are several aspects to integrating high levels of renewables. New connection infrastructure is needed to connect the generation sites to the network. There are operational challenges involved in managing the high levels of non-synchronous, intermittent power of the type generated by wind farms (conventional power is synchronous and constant) and optimizing portfolio performance.

The latter covers non-technical issues like figuring out how to make renewables economically viable without subsidies (unsustainable at 40 percent of generation), setting standards for new power generators, changing the pricing structure for generation and identifying investment gaps.

O’Sullivan filled me in on some of the technical tools that Eirgrid is pioneering to manage a transmission grid with high levels of renewables. One of these is a wind stability assessment tool that is used to maintain voltage stability (wind farms cause voltage rises) and is the first such system in the world installed in a national utility control room. The tool and other research have indicated that grid stability can be maintained at up to 70 percent wind penetration, if certain measures are taken. Eirgrid will soon start to use the tool for forecasting up to 48 hours ahead in addition to real-time operation.

Another innovation is the wind dispatch tool that controls 60-70 percent of the country’s wind farms in real-time. Wind turbines can be ramped up or down within 10 seconds. Quite often farms need to be ramped down when more wind power is being fed into the grid than is manageable. A new connector will also be in place by 2012 that will allow 500 megawatts of power to be exported from the country. Exporting renewable power can help with grid stabilization since it helps to achieve a better balance between conventional generation and renewables.

Teresa Fallon is in change of smart networks at ESB. She told me that Ireland’s wind generation is unusual in that it’s quite distributed. Over 50 percent of wind generation will be done at multiple, smaller wind sites connected at distribution voltage levels (38kV, medium and low voltage) rather than to the high-voltage transmission network. To minimize the amount of new equipment and infrastructure required to connect these sites and to avoid negative impact on the rest of the grid, ESB is trialing some innovative new techniques. One of these is using voltage regulators to drop the voltage coming from the wind farms (wind power causes voltage rises) thereby allowing the power generated to be carried on existing power lines rather than new lines built specifically for renewable power. Voltage regulators are traditionally used to boost voltage rather than drop it.

A trial is also taking place where wind farms are being managed as a group, rather than individually, to do voltage-var control. Var is reactive power, which is drawn by many modern electronic devices. High levels of reactive power makes it harder to stabilize grid voltage and result in power loss, so software is needed to balance voltage and var. Grouping voltage-var control across wind farms reduces the amount of new equipment needed to enable Eirgrid and ESB to manage wind farms on the network. Finally, ESB is looking at a new distribution substation design specifically adapted for wind generators. Fallon said that many of the problems with renewables that other countries are looking at now in terms of developing a co-coordinated approach to renewable connections, Ireland went through 10 years ago. The challenges are broadly the same whether the energy source is wind or solar.

My final stop was Andrew Parish, the CEO of wave power company Wavebob. One report estimates that the Irish wave energy resource could generate more than 6,000 megawatts of power. Parish is convinced that Ireland could be the Saudi Arabia of wave power, since it has access to the best wave resource on the planet. The industry is still in its infancy though and is quite dependent on government support since the up-front capital costs are considerable. That government doesn’t have to be Irish, however. Wavebob recently received a grant of $2.4 million from the US Department of Energy to to prepare for a commercial-scale wave energy demonstration project planned for US waters in 2013. More generally, the early wave power markets will be in Europe in places like Ireland, Portugal and the UK. The Irish government has a target to bring 500 megawatts of wave power online by 2020.

The problem with unlocking Ireland’s renewables “pot of gold” is that it requires major upfront capital investment, and cash is exactly what the Irish government doesn’t have right now. In spite of this, the 4-year austerity plan introduced as part of the recent bailout does include investing €4.5 billion in the electricity grid to develop renewable resources. So who knows? Maybe green can mean gold for Ireland.