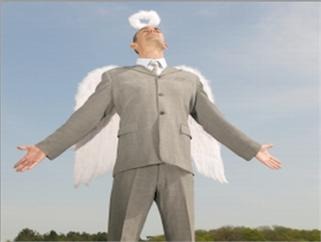 New financial regulations proposed by the U.S. Securities and Exchange Commission will fall most heavily on super angels, a lawyer who specializes in the industry told VentureBeat this week.

Jeff Bloom, partner and chair of the venture capital and private equity fund formation group at tech law firm Fenwick & West, said that although most of the new rules will not have much impact on venture-capital financings overall, the fastest-growing segment of the venture capital industry is definitely taking notice.

Higher regulatory risk is just another reason for super angels to back off their torrid pace of investments, as higher startup valuations threaten to diminish their rewards.

“Angel investors that were considering raising a discretionary fund [could now choose to] remain independent or to invest in a club format instead,” said Bloom.

Under the new proposed rules, venture-capital funds will for the first time be subject to public information reporting requirements. That’s something that has never before been mandated and which will demand funds adapt their back office functions in order to handle the day-to-day work of meeting those benchmarks.

Super angel funds, which typically have been able to run with very small or completely outsourced back-office teams, will feel a definite sting from those new rules.

Similarly, Bloom added that the additional reporting requirements likely to be required by the SEC will place a burden on newer, smaller funds.

“[They] will have to manage more administrative overhead, [which is] very difficult in a smaller fund,” said Bloom. “So perhaps some relief after public comments will help on that front.”

Still, the SEC clearly did its homework, said Bloom, because although new rules requiring registration and disclosure will affect chunks of the VC industry, the majority of the new proposed regulations probably will not have a material negative impact on the venture-capital “ecosystem” as a whole.

With the SEC still defining the venture-capital fund exemption from the Investment Advisers Act of 1940, most traditional venture capital funds will remain exempt from registration under the proposed rules if adopted in their current form.

“The SEC has developed rules that work well for historical practices in the industry and is soliciting very specific commentary for purposes of making the exemption conform as closely as possible with current industry standard practices. That is a real positive sign that they want to ‘get it right,’” he added.