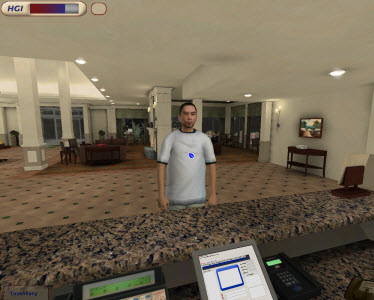 Incorporating video games into work training can help people do their jobs better, according to a new study by the University of Colorado in Denver.

The study lends support to the trend of “gamification,” also known as “serious games,” where non-game applications are made more fun, engaging and memorable by making them more game-like. Employee training is ripe for gamification because it can be so boring. By making it more game-like, employers can communicate, particularly with young employees, in a medium they can understand.

The study by Traci Sitzmann, a professor at the university’s business school, examined 65 existing studies on the use of games in training, She also collected and examined data from 6,500 trainees, some of whom used games in training and some who didn’t. The game players got better results. Sitzmann also found that games were most effective as training tools when they engaged the user actively and were accompanied by traditional forms of instruction before and after play.

A bunch of companies are already hip to the trend. The Hilton Garden Inn hired the Virtual Heroes game studio to develop Ultimate Team Play (pictured), a game that places employees in a virtual hotel where they have to field requests from guests. Electronics distributor Arrow Electronics worked with BrandGames to make a game that teaches customer account managers customer service skills and supply-chain management. And the U.S. Department of Homeland Security sponsored a game, Zero Hour: America’s Medic, to help emergency personnel deal with disasters.