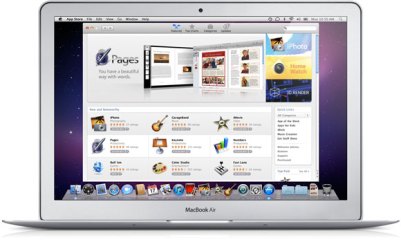 “Your website is the best place to provide demos, trial versions, or betas of your software for customers to explore,” the company wrote. “The apps you submit to be reviewed for the Mac App Store should be fully functional, retail versions of your apps.”

It’s a surprising move by Apple given how successful trial apps have been for the iPhone, iPod Touch, and iPad. Trial versions allow users to test out new games or apps with no commitment to purchase. They also serve as a gateway to paid apps. While it’s not all that difficult for users to download the trial versions from a website instead, it seems like an odd choice for Apple to keep them off the Mac App Store entirely.

The extra steps of going to a website, downloading the software, and installing it, could easily keep some users from experimenting with Mac desktop apps as they have with iPhone OS apps. It seems like a key element of the app store model — which offers consumers a one-stop location to find and purchase new apps. Leaving room for trial versions of apps seems like a given.