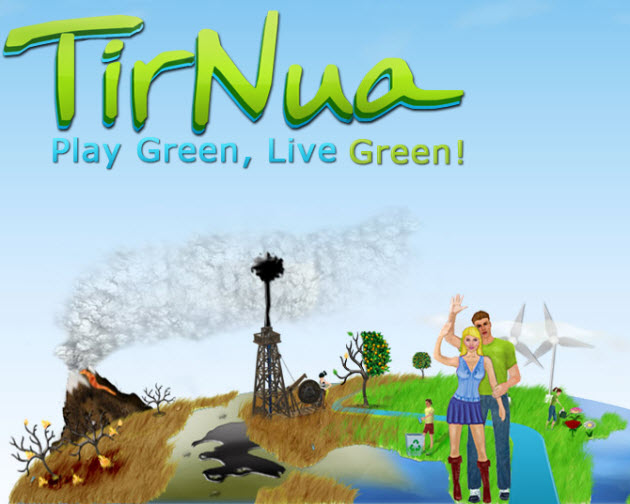 RockYou is announcing today that it has acquired TirNua, a maker of a next-generation 3D game engine for Facebook games.

Terms of the deal were not disclosed. Lisa Marino, chief operating officer at RockYou, said in an interview that the move will position the company to launch a number of next-generation games on Facebook in 2011. RockYou is shifting its focus to make higher-quality games and believes that Facebook users are moving in that direction too. That’s why the company is bringing in new talent via the TirNua team.

Most games on Facebook are simple, two-dimensional games based on Flash, which is limited in its ability to display 3D animation. But TirNua worked on its 3D game engine, a tool that can be used to make games, for 2.5 years. Its first game, also called TirNua, was a Facebook virtual world where you can learn to live in a green fashion. The game wasn’t a hit.

But RockYou believes its 3D engine can be used to create synchronous games, or those that can be played in real time, or with instantaneous reactions. Real-time games are popular on the PC and on consoles, but they often run too slow on Facebook. That was the case for City of Eternals, a real-time vampire game published by Ohai earlier this year.

Still, Marino said that the audience is demanding more sophisticated games, and she believes that Facebook will step up so that its platform can run them. By the second half of next year, for instance, 3D synchronous games will probably find a much bigger audience on Facebook, she said.

“This is one of our major bets,” Marino said. “We believe we can make multiple games on TirNua’s engine.”

Ohai is still betting it can succeed with a real-time engine. And startups such as Rocket Ninja are also betting on 3D real-time games based on Flash.

TirNua’s 10-person team will join RockYou’s in Redwood City, Calif. Full told, RockYou will now have about 157 employees. The company has had layoffs recently, and its chief executive Lance Tokuda, stepped down from his post to handle special projects. But Marino said the company will continue to move aggressively even while it hunts for a new CEO. Greg Kearney, president of TirNua, will become vice president of engineering at RockYou.

Besides buying TirNua, RockYou has been building up its game design talent. Founded in 2005, RockYou started in the early days of Facebook, competing with Slide to produce virtual gifts and lightweight quiz apps. It evolved to make social games such as Zoo World and created a big ad network as well. The ad network has more than 220 million users, while RockYou’s social games have more than 21 million monthly active users.

While RockYou will keep operating the ad network, which produces most of the company’s revenues, it will also invest heavily in games, which are becoming more expensive to make and market on Facebook as user tastes become more sophisticated. RockYou will not keep investing in its older legacy apps, which explains its recent layoffs.

Marino said that the pace of social gaming has picked up in the past six months. “In 2010, we have seen a big flight to quality” with games such as Zynga’s FrontierVille and LOLapps’ Ravenwood Fair, Marino said. “Those games have more advanced story lines, self-expression, and a tighter economy where it’s easier to monetize the audience.”