This post is brought to you by Dell. As always, VentureBeat is adamant about maintaining editorial objectivity. 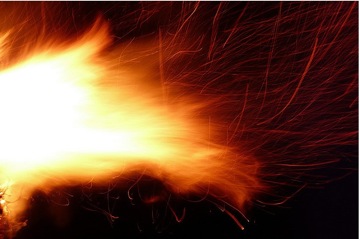 10 years ago, the term “virtualization” was rarely uttered in an enterprise data center. Today it’s part of the daily vocabulary. There’s hardly an element of the enterprise infrastructure that hasn’t been impacted in some way by virtualization, and the stock of virtualization powerhouse VMware has gone up and down and up again.

Then Nicholas Carr’s bestseller The Big Switch put everyone’s focus on the Cloud. It’s since been overhyped, then underhyped (Gartner would call this the trough of disillusionment), then overhyped again, and has yet to make its indelible mark on the enterprise, although it’s now the centerpiece of ubiquitous primetime ads brought to you by the folks in Redmond. But this post is not about virtualization or the Cloud. It’s about the hottest trend you’ve never heard of: flash.

Not Adobe Flash. Not flash sales. But flash memory. Flash memory, the solid state technology that has entered our lives through iPods, smartphones, tablets, laptops, and practically any mobile device, is about to invade the enterprise data center – in a very big way. It’s a storage chip that can be electrically erased and reprogrammed, and because it’s non-volatile, it doesn’t eat up any energy in order to retain its data. While consumers have provided the insatiable demand for this technology that has driven its cost lower and lower, several savvy startups have been preparing this technology for large scale business deployment.

Why flash memory? Why now? Because rotating disk drives are no longer good enough. These last bastions of moving parts (i.e. “energy hogs”) in the data center have had a good run, but like tape, their days are numbered. Disk drives are great for storing large amounts of data and will continue to have a relevant place in the data center in that role. But now that, thanks to virtualization, the bottleneck has shifted away from servers, there will be a new focus on storage performance that will pave the way for flash-based solutions.

But while performance is the reason for introducing flash into the data center, cost will be the reason it takes a significant “byte” out of the disk drive market. You see, a “hybrid” storage system that includes flash memory for speed and inexpensive rotating disks for capacity is both faster and cheaper than a system comprised solely of expensive high-performance rotating disks. Hybrid systems are expected to become the“flavor of the decade” for storage during 2011.

Unlike virtualization, flash memory in the enterprise will not grab your attention because of a single company (à la VMware), but rather because of the depth and breadth of solutions that will pervade the market. There is an ecosystem building around enterprise flash memory that will enable continuous improvements in cost, performance, and reliability at all stages of the value chain. There will be everything from semiconductor components to complete systems, plug-in server cards, flash appliances, and flash delivered in rotating disk form factors (SSDs) for ease of system deployment by the large storage and server players. And, of course, there will be software companies that will engineer more performance, reliability, and availability into the solutions. In the first wave of flash deployments, you’ll likely hear about companies such as Avere, GridIron, FusionIO, Nimble Storage, OCZ, Pliant Technology, Pure Storage, Sandforce, and STEC. In the next wave, the big guys will follow.

Over the next few years, billions of enterprise IT dollars will shift from rotating disks to flash memory solutions. Several private companies will ride this wave to financial success, while the large storage and server OEMs, who have already recognized the disruptive nature of flash memory, will reshape their product lines as they do heavyweight battle over market share. Given the scale and scope of solutions coming to market, and the insatiable enterprise demand for storage price/performance, it’s not crazy to predict that we will see the next $10B enterprise market develop in this area.

But don’t expect to see a primetime commercial anytime soon.

Barry Eggers is a founder of Lightspeed Venture Partners and focuses primarily on investments in the areas of enterprise infrastructure, communications and networking, digital media, and internet. He has 13 years of venture capital experience and 10 years of operating experience.