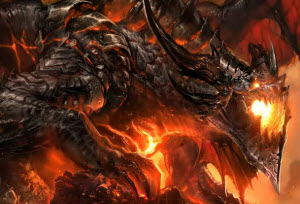 Cataclysm is the third major expansion launched for World of Warcraft, the most popular online subscription game with 12 million players, since it launched in 2004. Cataclysm not only introduces two new races of characters that players can be, it also remakes the world itself as a dragon god’s arrival causes a huge disaster. (See our review).

The Cataclysm launch is expected to draw millions of players to stores, all paying for the $39.99 addition. It is likely to be the biggest incentive for players to keep up their more than $1 billion a year in subscription revenues for World of Warcraft.

The global launch starts today in North America, Europe, Argentina, Chile, Russia, Southeast Asia, Australia, and New Zealand. It will go on sale on Dec. 9 in Korea and the regions of Taiwan, Hong Kong, and Macau.

Meanwhile, the site MMOgamesite published what it said was Blizzard’s slate of upcoming game releases for the next four years. The slate shows that an expansion for Starcraft 2 ( a huge game launched in July) will debut as Starcraft 2 Phoenix in the fourth quarter of 2011. That is the same quarter that Diablo III will launch.

Blizzard reportedly fired Ye Weilun, its general manager in China, for no apparent reason. That has led others to speculate that the leak occurred in China. The leak of the roadmap is a bad one. It spills the company’s strategic dates for launching its most important games. The next World of Warcraft expansion is scheduled for the second quarter of 2012, and the World of Warcraft movie is expected to debut in the fourth quarter of 2012.

An unknown project, code-named Titan, is set for a Q4 2013 release. 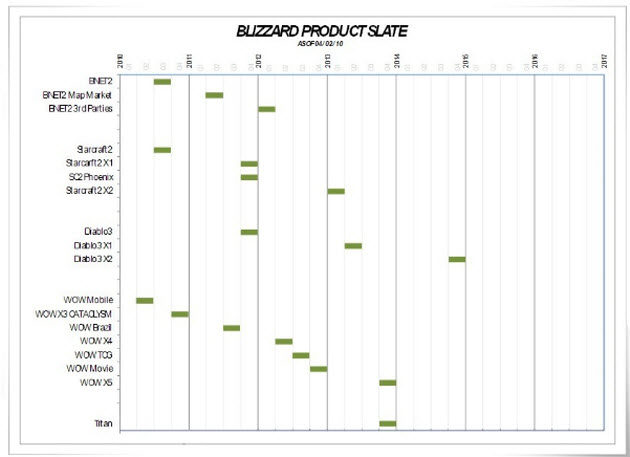