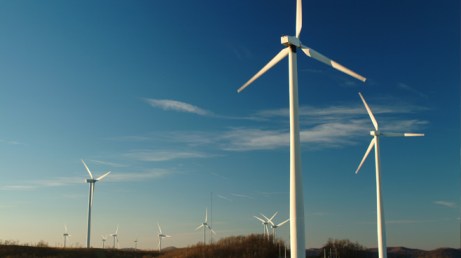 George Bernard Shaw once claimed that England and America were “two countries divided by a common language”. This adage may hold true even when the language is smart grid.

The culture gap became clear at a recent smart -grid event held by the IEEE, a global professional association for engineers, which focused on the European grid. In the U.S., the smart grid mostly means smart meters (the country is ahead of the rest of the world in metering) and features to improve the reliability of aging transmission and distribution infrastructures. The European grids don’t have any major reliability problems but they are rapidly integrating renewables, which poses a different set of smart-grid challenges.

Ralf Christian, the CEO of Siemen’s power distribution division, told me that the US-centric view of smart grid is also not shared by the rest of the world. China, for example, has single hydroelectricity sites which can produce power equivalent to 10 nuclear plants. Therefore the Chinese are very concerned with smart technologies for efficient, long-distance transmission of power to the cities.

One of the reasons for Europe’s emphasis on renewables is the European Union’s 20-20-20 targets. By 2020, EU countries must cut emissions of greenhouse gases by 20 percent compared with 1990 levels, increase renewables by 20 percent and cut energy consumption by 20 percent. Renewables already have priority in the power mix, so utilities must use any available hydroelectric, wind or solar power available before ramping up power plants burning fossil fuels. Much of the EU and government grants related to energy have gone to technologies like offshore wind power and carbon capture rather than smart metering.

To give an idea of the scale of renewables already deployed in Europe, Ireland’s grid hit a wind penetration rate of almost 50 percent at one point this year, Germany has gone from almost zero to 25 gigawatts of solar generation in under 3 years on top of its 25 gigawatts of wind power (at minimum demand the entire German grid consumes 31 gigawatts) and Denmark has, at times, had negative electricity prices because the amount of wind power available exceeded demand. All this means that the technology priorities of European utilities are very different to those in the U.S. 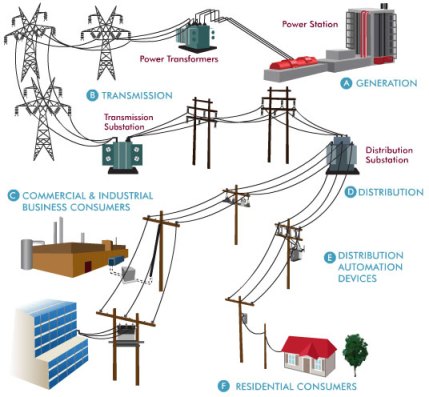 Traditionally, power was transported from a fossil-fuel burning power station via a high-voltage transmission network and then distributed to homes and businesses over a medium and low voltage distribution grid. Renewable energy is generated in multiple sites from utility-size wind farms to home solar panel installations.

High volume renewable generation sites like large wind farms are connected to the high-voltage transmission grid. Smaller generation sites, including home solar generation, connect directly to the distribution grid. Electricity generation in parts Europe is starting to move from a centralized to a distributed model more like that of the Internet. This places different demands and stresses on the grid.

Renewable power sources are intermittent, unpredictable and produce asynchronous power (conventional power is synchronous). They cause voltage rises and grid elements age more quickly because of the thermal stresses caused by load fluctuations. Crucially, grid network operators must be able to counterbalance major dips in renewable generation with flexible conventional power or storage. If 30 percent of your power is generated by wind and solar, what do you do when there’s little sun and no wind?

Grid operators with access to hydropower can store power by pushing water up behind dams and releasing it as required to generate electricity. Operators in flat countries like Denmark don’t have this luxury and have to come up with creative solutions like highly controllable conventional power plants which can be ramped up and down quickly, CHP (combined heat and power) installations which store power as heat, and even electric-vehicle batteries. Even home heat pumps could become “batteries”  for storing energy. Dong Energy in Denmark is starting a project with Better Place to test using EV batteries as a storage mechanism for its copious wind-power resources.

Electric transportation is another big upcoming issue for the European grid. If electric vehicles achieve 25 percent market share in a local area and they all charge overnight, this is enough to cause transformers to collapse (based on Germany’s grid layout). Since EVs are likely to occur in clusters, this is not too outlandish a figure. The solution is either to add expensive new transformers or develop smart charging programs to stagger charging. Smart charging requires a high level of communication with the customer and car. Flexible charging (and maybe discharging) must be set up on a particular schedule taking price and expected mileage into consideration. And obviously EVs are not very sustainable if the power is generated by a coal-burning power plant; another reason to ramp up renewables.

The economics of energy is a crucial factor in the move to renewable energy. Electricity generators are currently paid based on the assumption that fuel is the main generation cost. This is obviously not true for renewables where the upfront capital costs are high but there is no fuel cost. Ralf Christian from Siemens also maintains that electricity policy in Europe has been driven by the goal of keeping electricity low-cost and since renewables will always be more expensive, this needs to change.

Generators are also not paid for services like storage, contributions to maintaining voltage stability, dispatching down generation when necessary or other services. In the utility world, services like this which help maintain security and reliability of supply, are called ancillary services. Klaus Baggesen Hillger from Dong Energy, one of Europe’s biggest utilities, argued that ancilliary services including reserve are very real-time and markets which allow grid operators to trade them don’t exist right now. Neither are consumers compensated for services like storage or reducing demand at peak times.

Finally, grid operators are looking for financial support from governments before they make big investments. I talked to Miguel A. Sánchez Fornié from the Spanish utility Iberdrola. He maintains that grid operators still need to be convinced that there will be a return on their smart grid investment. This requires large demonstration projects (tens of thousands of homes) of the type already been conducted in the U.S. with funds from the stimulus package. Such projects allow the operator to see what efficiencies are possible. The European commission has a plan for such large demonstration projects and is expected to invest 2 billion Euros in rolling them out.

There may be a feel-good factor in going green but electricity grid operators are still motivated by another type of green — the type in their bottom lines.