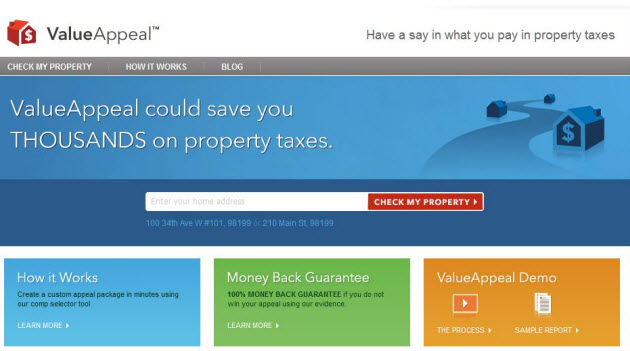 There are a lot of homes with property tax assessments that are too high, sometimes by as much as 40 percent. That costs homeowners money, but too often it isn’t that easy to appeal your home’s assessed value.

ValueAppeal has created a service that automates the appeal process. If it deems your assessment is too high, the company will take on the task of proving your case to the local county assessor, for a $99 fee. The Seattle-based company has just raised an angel round of $560,000, following on an initial funding of $1 million earlier this year. And the company is also announcing that it can now cover the entire country with its service.

In the midst of a recession, this kind of service is really useful. If you aren’t eligible for a refund, you can find that out in minutes. But if you are entitled to money back, the company can make the process of doing an appeal much easier. 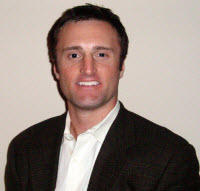 That’s no small task, since property taxes are assessed at the county level, and the process for appeals is different in all 3,000 countries in the country, said Charlie Walsh, chief executive of the company, in an interview. The company went to a lot of trouble to create a system that could handle requests from most of the nation. It offers a refund if its appeal is unsuccessful.

“People have found the process of appeal to be too confusing and intimidating,” Walsh (pictured right) said.

The appeals can often pay off because county assessors don’t have the staff to do individual assessments. Rather, they do an automated assessment about once a year. Walsh said the result is lots of inaccuracies. In Clark County, Nevada, where Las Vegas is, ValueAppeal saved homeowners an average of $839 on their property taxes. ValueAppeal estimates that about 25 percent of homes in the U.S. have been over-assessed. But lawyers often charge 50 percent of any estimated tax savings to appeal on behalf of homeowners. ValueAppeal says it can take owners through an appeal in five steps that take less than 10 minutes total.

Basically, you enter your address, register your name and email, and then it decides whether your home’s assessed value is accurate or not. If you are eligible for an appeal, it calculates how much it could save you. It won’t let you proceed unless it thinks you can save $300 or more. Then you use the site’s comparative analysis tool to assess five to eight similar homes near your house. It creates a report that you can then mail into the assessor, along with a pre-filled form. The deciding factor is usually based on the comparative analysis.

The company was founded in 2009 and has 10 employees. Walsh was previously chief executive of ISSI Data, a data storage company that he sold in 2008.