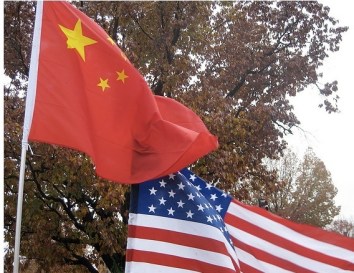 Was there a clear signal when the British Empire was eclipsed by its colonies? When the New Economy pushed aside the old?

In the digital world, we may have just witnessed such an event.

Wednesday saw two of China’s most visible Internet players go public on US exchanges. Despite raising the filing ranges on both, and pricing each above those ranges, both shot up to levels that provide a clear signal that Chinese Internet companies are increasingly in the pole position. It has been a decade in the making, but investors are now not only willing to concede that China’s players are worth more (per dollar of revenues or earnings) than their Silicon Valley counterparts, they’re willing to bet on Chinese businesses without first having seen the movie play out before in the US. The message: growth rules.

Investors will pay more for the Amazon.com of China (Dangdang) than for Amazon itself. The YouTube of China (Youku) is welcome to tap the US markets even before its Silicon Valley counterpart. Investor demand drove shares of both companies far higher in the aftermarket, with Dangdang (DANG:NYSE) rising 86.9% to close at $29.91 and Youku (YOKU:NYSE) climbing 161% to close at $33.44. Youku set the record for the biggest one day gain since Baidu’s blockbuster IPO in 2005.

While not the first Internet IPOs out of Asia to go public this cycle and immediately trade up, these two stand out. At the very beginning of each upturn, Asian Internet IPOs are priced in line with – or lower than — their US counterparts. However, investors pay up for growth and immediately bid those shares up in the aftermarket to reflect it. As it becomes clear what type of premiums investors are willing to pay for varying levels of growth, underwriters usually narrow the gap over time by pricing the next IPOs at higher multiples. That usually implies a decline in first day pops (before allowing for individual company differences). 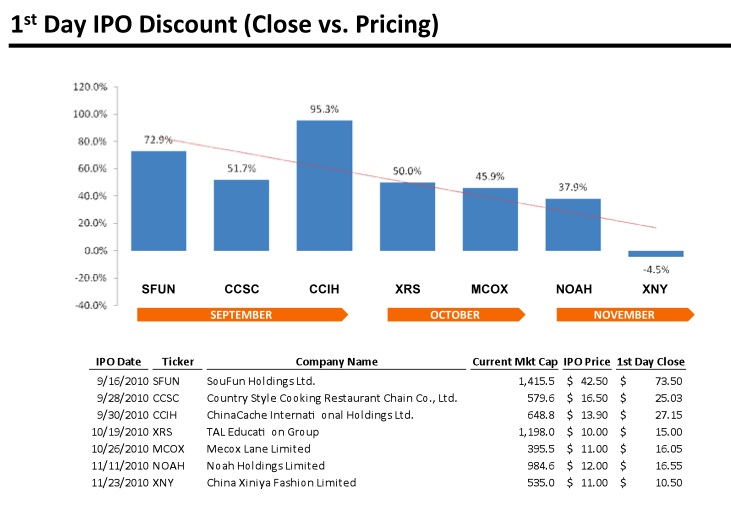 Wednesday’s debuts, however, were anything but typical. Their performances reflect unique attributes. Dangdang, China’s No. 1 bookseller online, is, like Amazon.com, more than just a bookseller. The Dangdang.com flagship site is well established across the consumer market. Backed by top venture firms in Silicon Valley and China such as DCM, it has been a long-anticipated listing, as its competitive position is solid, it has a meaningful operating history with significant revenues and it has turned a profit. Most importantly, it is seeing top-line growth north of 50% off of that base. For investors, Dangdang represents a chance to invest in a known business model, a proven team, and participate early in a rapidly growing, and, ultimately, a very large market. 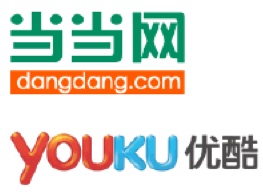 At the first day close, DANG is valued at $2.3 billion, which represents 7.7x latest 12-month revenues (vs. ~2x for AMZN). However, the rapid growth makes a 12-month comparison stale. The spread narrows when looking at the third quarters annualized, and presumably converges if growth continues at a reasonable pace into the near future. Youku is also No. 1 in its market – online video — and has an experienced management team led by founder Victor Koo (previously COO of SOHU). It has blue chip backers including firms such as Sequoia. From there the comparison with Dangdang diverges. A younger company in a younger sector, Youku’s ad-based business model yields a smaller base of revenue ($17.2 million in Q3), but is growing at an even faster pace (over 100% year-over-year). The company is not yet profitable. At its first day close, it has a market capitalization of $3.3 billion, implying a multiple of around 100x latest 12-month revenues.

Even annualizing its latest quarterly revenue of $17.2 million still implies a revenue multiple of around 50x. Even so, other China net listings have gone on from high initial double – or even triple – digit revenue multiples to yield strong returns over time (NTES, BIDU, CTRP etc.). With that higher multiple comes an expectation to deliver exceptional rates of growth.

Although somewhat of a hybrid model with elements of YouTube, Hulu and possibly Netflix, Youku is regarded as the “YouTube of China”. Without a close public US comparable off of which to value the company, the offering is unprecedented. Instead of representing a source of negative uncertainty, Youku actually benefitted as the first major vehicle to satisfy worldwide investor interest in the Internet video space, and has now set the bar against which US players may be measured.

Over the last few years, leading US Internet players have tended to wait as long as possible to go public. However, as lines between national markets continue to blur over time, the Facebooks and YouTubes of the world may conclude that allowing others the advantage of tapping the US equity markets — the most affordable capital available – while limiting themselves to the private markets, is an unacceptable risk to take for any meaningful period of time.

China’s digital elite have demonstrated time and again how difficult it is for foreign firms to compete in a very local market. While both Dangdang and Youku are focused on the Chinese market near-term, now that they have access to US capital at inexpensive levels, perhaps the relevant question going forward is how difficult will it be for Chinese companies to play in the US market?

David Williams is founder and CEO of Williams Capital Advisors, LLC, an investment banking firm serving emerging growth companies. David has invested in pre-IPO and/or acted as lead IPO underwriter for a number of Asian Internet companies including NTES, BIDU, and SIFY.