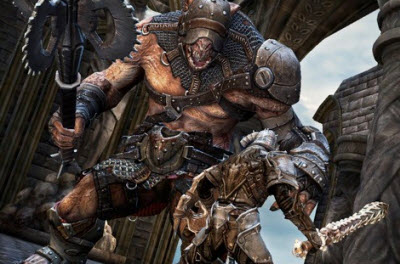 Epic Games launched its Infinity Blade fantasy combat game on the iPhone and iPad today. The title is a groundbreaking visual feast that shows it’s possible to make high-end games with rich 3D graphics on the Apple platforms. With titles like this one, dedicated game devices such as the PlayStation Portable and the Nintendo DS seem like they’re doomed. Infinity Blade looks so good it approaches console quality.

When you see something like this, it feels like the dawn of a new era on smartphones and tablets. In the past, weak graphics quality has been a turn-off for hardcore gamers. And with games like this coming out, the days may be over when small apps made by small teams can succeed.

This kind of game could only come from a company with graphics wizards. And Epic Games has those aplenty, having made PC and console titles such as Gears of War, Unreal, and the upcoming Bulletstorm. Led by graphics guru Tim Sweeney, Epic has few rivals with it comes to game graphics. Its peers include id Software, which recently released the gorgeous Rage HD on the iPhone, and Valve.

The Infinity Blade game’s file size is 318.3 megabytes. Don’t try this on your BlackBerry.