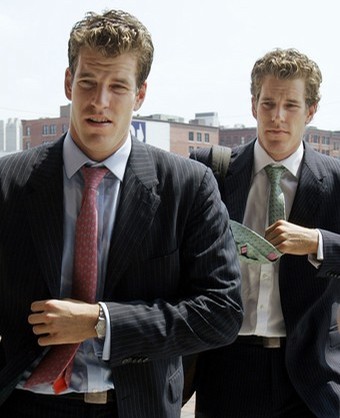 Usually, Facebook’s public-relations officials can be relied on for a good old-fashioned “no comment” on truly sensitive matters. That makes the company’s response to a recent wave of reporting about ongoing litigation with Harvard classmates of Facebook CEO Mark Zuckerberg more than a bit surprising.

As VentureBeat first reported in May, Cameron and Tyler Winklevoss, cofounders of a rival social network called ConnectU, filed an opening brief in an attempt to overturn the 2008 settlement of a long-running legal dispute with Zuckerberg. The Winklevosses — or “Winklevii,” as the twin brothers have been popularly styled — claim that they hired Zuckerberg to help write code for ConnectU, only to have him stall their project and launch the site that became Facebook instead.

The release of a movie about these events, “The Social Network,” and a recent 60 Minutes special about Zuckerberg seem to have prompted renewed interest in the ongoing litigation. The appeal that the Winklevosses filed isn’t a new lawsuit, as some outlets incorrectly reported. (CNET has a good summary of the drama stirred up by the erroneous reports.)

Never mind the timing of these reports, coming months after their appeal was first filed: It’s a worthwhile reminder that the twins are levying a fresh, and dangerous, claim against Facebook and its young CEO. They allege that, in attempting to settle the lawsuit, Zuckerberg engaged in securities fraud by deceiving them about the value of Facebook’s shares.

That’s a serious charge, and one separate from the issues involved in their college-era dispute with Zuckerberg. Facebook PR manager Andrew Noyes wouldn’t address that issue in the canned statement he sent VentureBeat and other outlets:

This artful dodging just serves to draw attention to said filings, in which Facebook’s lawyers made this curious claim:

Their fraud claim is based on omission: they fault Facebook for not volunteering a more recent – and, they claim, lower – valuation of different Facebook stock. They insist that their sworn enemy had some special duty to open its books and volunteer any information that bears on the value of this closely held company.

Granted, the Winklevosses were (and are) active litigants opposing Facebook in court. But at the moment they started negotiating with Facebook to sell ConnectU to the company for cash and stock, they became potential shareholders. And under the law, issuers of securities do, in fact, owe would-be shareholders all sorts of duties.

That’s the heart of the Winklevosses’ argument: That Facebook should have told them exactly how much it thought the shares it was issuing were worth. At the time, Facebook had recently taken an investment from Microsoft in preferred shares which valued the entire company at $15 billion. But a private valuation undertaken for tax purposes valued the company at closer to $4 billion. And Facebook offered common shares, not preferred shares, for ConnectU.

It’s worth noting that similar uncertainty over the value of Facebook shares helped tank discussions between Facebook and Twitter about an acquisition of the fast-growing microblogging startup — so it’s possible to argue that Facebook’s lack of transparency about its valuation has hurt its business.

Facebook is now worth far more — an estimated $35 billion to $40 billion, based on the value implied by private stock sales. And that may make the Winklevosses seem a bit entitled here.

But the real danger for Facebook isn’t that it may have to part with a bit more of the company to make these bothersome twins go away. With the company inevitably poised to go public at some point in the future, the statements of its lawyers and PR reps risk leaving the arrogant impression that they think there’s absolutely nothing wrong with leaving shareholders in the dark.