I'm thankful for the infinite possibilities the Internet places at my fingertips, but I'll never forgive the World Wide Web for killing off one of my favorite facets of video-game culture: player's guides!

It's been a long time since a game convinced me to purchase a walkthrough. Even when I do break down and buy one,  I find they're mere shadows of their former selves: cold, encyclopedic compendiums of knowledge with none of the heart and soul they once oozed. Publishers need to convince us that their player's guides won't just enlighten our experiences but expand them. Fortunately, some people in the industry still understand the importance and appeal of a good player's guide. 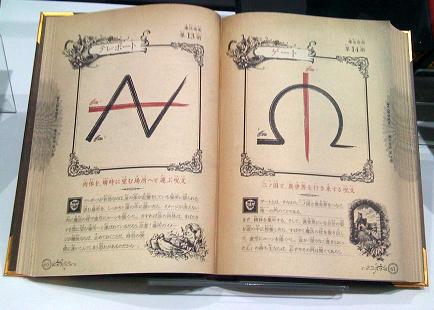 Ni no Kuni, the product of Professor Layton developer Level-5's partnership with Spirited Away animator Studio Ghibli, launched for the Nintendo DS in Japan this week bundled with a hardcover spell book that not only educates players about the game's world but connects them directly to it. The result is the latest in a small but creative legacy of awesome player's guides that will never become obsolete.

In Ni no Kuni (literally "The Second World"), the hero Oliver travels to a parallel land through a magic book, the same tome presumably sitting beside the player. In addition to the typical bestiary and item index, the book features numerous magical runes Oliver needs for casting spells. While he traces the shapes with a wand, the player does the same with the stylus. I imagine there's a great sense of immersion when characters instruct Oliver to search the tome for a spell and the player is able find actual information while doing the same.

Level-5 hasn't revealed whether Ni no Kuni will find its way outside of Japan. The bulky box and increased price tag might discourage potential customers who don't appreciate the concept. The PlayStation 3 version of the game also poses a challenge as it has the advantage of looking just like one of Studio Ghibli's beautiful films. Hopefully, we won't have to resort to a fan translation to experience this unique title.

Speaking of fan translations, the much unofficial localization of Mother 3 (EarthBound's Game Boy Advance sequel) received a crown jewel in the form of a fan-created player's guide. The Mother 3 Handbook is a lovingly crafted tribute inspired by EarthBound's American walkthrough, which came bundled with the game. Rather than simply presenting rote information and screenshots, the EarthBound player's guide and Mother 3 Handbook function as almanacs of their respective worlds. They introduce new towns with the front pages of local newspapers, reveal shop listings with advertisements, and draw attention to famous landmarks with photographs of real-world locations. With this unique style, you can enjoy the books without even playing the games. 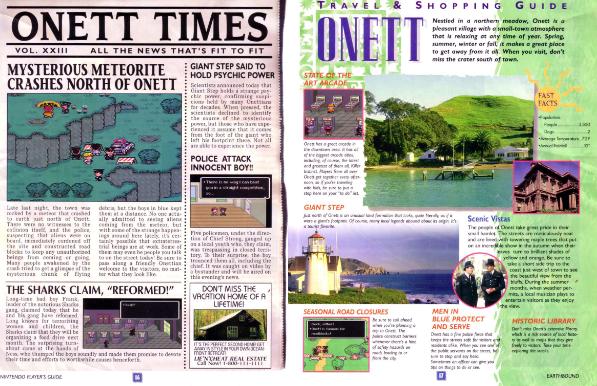 The most notable aspect of the Mother guides, though, is the use of pictures of clay models to represent enemies. Converting many of the sprites to Play-Doh figures adds a colorful layer of charm and depth to the baddies. The fan community knew the Mother 3 guide wouldn't be complete without its own clay creations and didn't disappoint with their faithful interpretations. I'm hard-pressed to think of any unofficial work that can top the Mother 3 Handbook.

Leave it to the twisted brain of Goichi Suda (the man behind Killer7 and No More Heroes) to create a title with an in-game guide that still manages to baffle players. Flower, Sun and Rain's odd concept makes it difficult to describe. It revolves around a man solving a variety of number-based puzzles in an island hotel by searching for the answers in a local travel guide. Players can freely browse the book and glean actual information about the island, its history, and its sights. Buried within are various numbers and clues needed to solve the game's puzzles, but figuring out which numbers to use is the real challenge.

Like other Suda games, FSR isn't all that fun to play, partly because it constantly requires you to search back and forth through the same information over and over. Perhaps it's a commentary on the way we can ruin games for ourselves by resorting to walkthroughs. Whatever the case, a real-life replica of the island manual accompanied the game's original release on the PlayStation 2. I imagine having a physical guide would relieve some of FSR's frustrations as well as add a similar sense of immersion like Ni no Kuni's spell book.

Based on a Japanese reality show about old-school NES games, Retro Game Challenge attempts to recreate the '80s gaming experience with new titles modeled after classics of the decade. Players work their way through a number of objectives in one game before moving on to other, all the while witnessing improvements to graphical and processing power. One of the most unique features is the monthly issues of GameFan Magazine you receive after completing each task. They preview upcoming games you'll eventually play as well as offer cheat codes and funny gaming throwbacks. 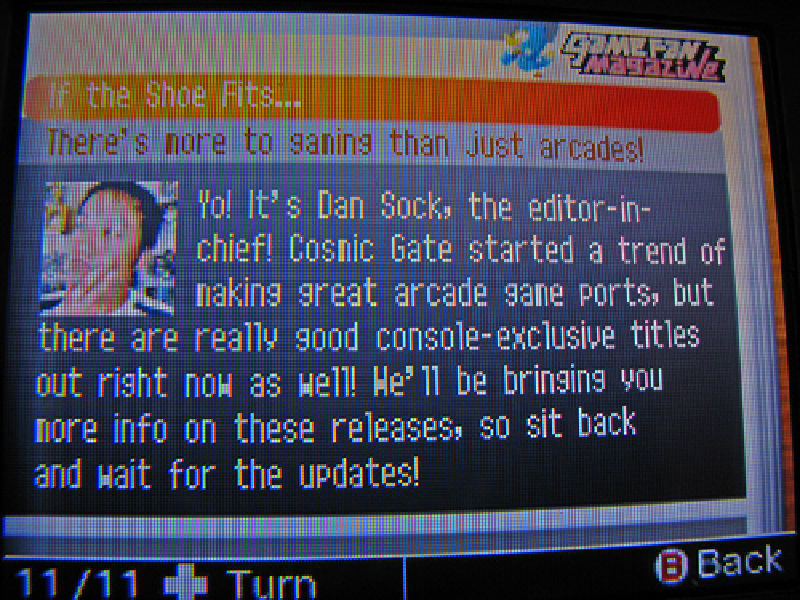 You're never required to read the issues, but a lot of the atmosphere comes from the hype GameFan builds up for future titles. One of the running gags, a cycle of gushing previews for Guadia Quest (the game's lengthy RPG highlight) followed by sad announcements that its release has been postponed, affects you in the same way a real-life delay of an anticpated title would. Each issue ends with the current editor commenting on that month's big story or revealing way too much personal information about his goals and ambitions.

One of the stranger editors is this guy named Dan Sock. I don't remember the details, but I think he leaves the magazine early on to become a dancer or something like that. Whatever it is, I'm pretty sure it's based on a true story about a real guy….