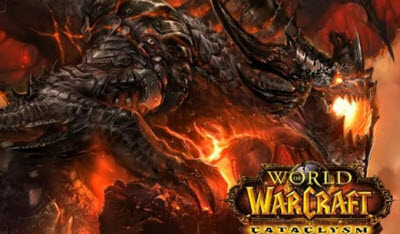 World of Warcraft Cataclysm broke all PC game records, selling more than 3.3 million copies on its first day of sales on Dec. 7.

Blizzard Entertainment, a division of Activision Blizzard, said this expansion for its World of Warcraft online virtual world has proven to be the most successful of the three major expansions in terms of fastest sales out of the gate. In November, 2008, the second expansion, World of Warcraft Wrath of the Lich King, sold more than 2.8 million copies in its first 24 hours. World of Warcraft has more than 12 million paying subscribers, making it the only game that can get such huge audience numbers despite charging a subscription fee. The first-day sales show that Blizzard’s grip on hardcore online role-playing fans is getting tighter and tighter, resulting in guaranteed revenues of more than $1 billion from this one game alone.

The first-day sales were bigger than the July launch of StarCraft II: Wings of Liberty, which sold 1.5 million copies in two days. Blizzard managed to beat its own record by launching simultaneously in more territories. On the first day, it released the game in the U.S., Canada, Mexico, Argentina, Chile, Europe, Russia, Southeast Asia, Australia, and New Zealand. It then released the game in Korea, Taiwan, Hong Kong, and Macau on Dec. 9.

More than 10,000 stores throughout the world opened their doors at midnight for the launch. Some 15,000 fans attended official launch events staged by Blizzard. In the expansion, vast swaths of the realm of Azeroth have been destroyed by the return of a dragon god, Deathwing. Mike Morhaime, chief executive and co-founder of Blizzard Entertainment, said the company had to bring Azeroth to near destruction in this expansion, but it was worth it.

There isn’t much competition for World of Warcraft right now, but Trion Worlds will take it on in 2011 with its upcoming Rift: Planes of Telara.