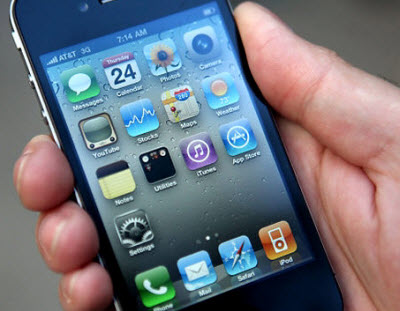 Common wisdom is that Verizon Wireless is kicking butt and taking names with its Android phones, but recent sales data reveals that even a myriad of successful high-end Android phones isn’t enough to take on AT&T’s success with the iPhone.

Unless Verizon lands Apple’s iPhone soon, it could potentially lose its leading carrier status to AT&T.

The sales data comes from a report by ITG Investment analyst Matthew Goodman and is based on point-of-sale data from thousands of wireless retailers across the country. It paints a horrendous decline for RIM’s BlackBerry — which went from over 90 percent of Verizon’s smartphones sales last year, to less than 20 percent last month. The reason, of course, was the rise in popularity of Android phones late last year. Android now accounts for over 80 percent of smartphone sales on the carrier.

But all is not rosy for Verizon. Horace Dediu from the industry analysis blog Asymco combined the ITG data with Apple’s most recent iPhone sales figures to show that Verizon is still losing out to the iPhone on AT&T (assuming ITG’s data is accurate). He concludes that the massive rise in iPhone sales following the release of the iPhone 4 (AT&T jumped from 2.7 million iPhones sold in the first quarter, to 5.7 million in the third) has stolen Verizon’s smartphone growth. In the same time period, Verizon went from 2.7 million smartphones sold (including Android, WebOS, BlackBerry and Windows Mobile) to 3.3 million.

That alone shows the power of the iPhone — Android, combined with other platforms, clearly isn’t enough for Verizon to keep up with AT&T in sales. Dediu also argues that Verizon is “growing its smartphone base slower than the overall market”, and that an over-reliance on Android may harm Verizon.

Verizon currently has over 92.1 million subscribers, compared to AT&T’s 90.1 million. Given the iPhone’s explosive growth compared to Android, Verizon’s dominance in the cellular arena is in danger of fading away if sales trends continue along the same lines.

The big conclusion? Verizon needs the iPhone, and it needs it soon.

Recent reports have all but confirmed that the iPhone is coming to Verizon in 2011, so it will be interesting to see how Verizon’s sales shift once it comes over. We can expect other platforms on Verizon to lose some ground, and AT&T to lose a significant number of new iPhone subscribers, once the iPhone hits Verizon.