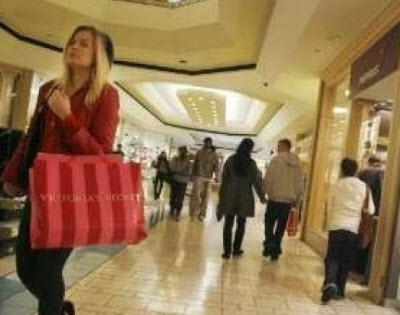 There is no such thing as an online Grinch. The biggest holiday spending boom since before the recession continued on Monday, which was known as Green Monday. Physical store retail sales are up as well as e-commerce shopping by consumers.

In the first 43 days of the November-December shopping season, consumers have spent $23.82 billion online in the U.S., according to market researcher comScore. That’s up 12 percent from the same period a year ago. For the week ending Dec. 12, spending was $5.31 billion, up 12 percent. And on Monday Dec. 13, online sales were $954 million, up 12 percent from a year ago. Green Monday is the day when online sales typically peak, as after this date many online retailers can’t guarantee they can ship goods for arrival before Christmas. But this year, retailers are guaranteeing on-time delivery and free shipping for sales through Dec. 17.

Most of the big shopping days have been strong this year, with Thanksgiving Day sales up 28 percent, Black Friday (Nov. 26) sales up 9 percent, and Cyber Monday (Nov. 29) sales up 16 percent. Green Monday was the second-heaviest online spending day on record, behind Cyber Monday, which topped $1 billion, said Gian Fulgoni, chairman of comScore. The rest of this week should see an online shopping frenzy, as two-thirds of consumers still haven’t finished their holiday shopping, comScore said.

Meanwhile, the Wall Street Journal reported that physical retail sales rose 0.8 percent in November from a month before, reaching their highest level since 2007. Sales are up 7.8 percent for the three months ending in November. The surge pushed stocks to a new two-year high. 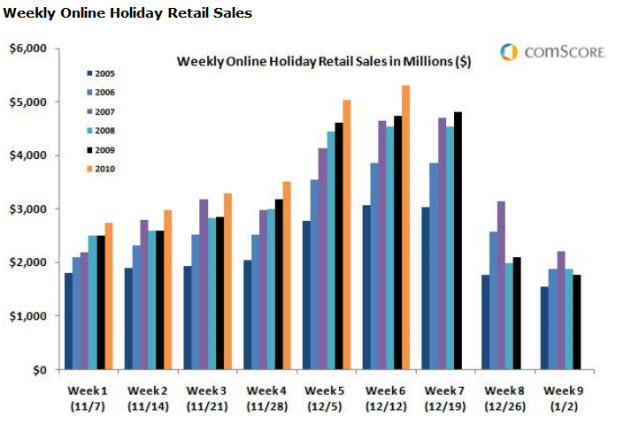