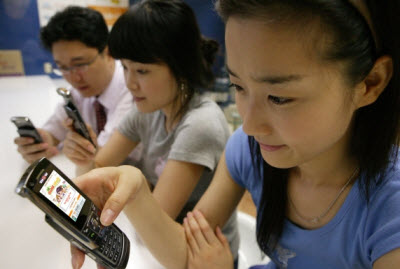 Japan’s DeNA and its Ngmoco subsidiary plan to launch a worldwide mobile social gaming network starting in April. As part of that effort, Samsung‘s Android phones will use the DeNA Mobage mobile social network.

The mobile social gaming platform will let players compare their high scores with friends and duel each other in challenges, replicating the features of social networks in a mobile setting. DeNA has combined its Mobage-town social network on Japanese phone networks with Ngmoco’s Plus+ social game platform. The mobile social network represents DeNA’s bid to extend its success in Japan to a global cell phone market. It is one reason DeNA bought San Francisco-based Ngmoco for $403 million in October.

DeNA has launched its Open Mobage Smartphone software development kit, which game developers will use to adapt their games for the network. More than 50 partners are beginning to use the platform, which will allow them to deploy their games worldwide on multiple cell phones with social and monetization layers. DeNA also unveiled ngCore, a development technology that will enable Mobage as a global platform.

It’s an interesting development, although I’m not sure how well the name “Mobage,” which comes from the Japanese network, will fly with Western gamers.

By creating a development platform, DeNA and Ngmoco hope to lock up game developers in a platform where all companies share the revenues. In return, DeNA and Ngmoco promise to let developers create their games once and run them on many phones, while still having “native” quality. That means the games will run as if they were designed for a specific phone. They will also have a built-in social network, which will allow gamers to discover games and friends.

DeNA said that its 2011 revenues will be over $1.2 billion and its profit is on a run rate of $600 million a year. The company has 22 million users in Japan, and its social network is home to 720 games from 291 partners.

The partnership with Samsung is also a big deal because of Samsung’s wide global reach with its tens of millions of cell phones. The Mobage social gaming platform will be accessible from Samsung smartphones within a few months. Samsung will promote Mobage to all of its customers, which should give DeNA’s platform a big edge over its competitors.