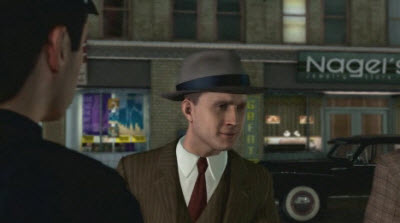 RockStar Games, the maker of the smash hits Red Dead Redemption (my favorite game of 2010) and Grand Theft Auto, is working on a cool “film noir” style detective game called L.A. Noire. The game comes out next year, but it’s already getting accolades for the high quality of the human faces on its 3D animated characters. The video below shows how RockStar has created the facial animations in the game. The commentary is from L.A. Noire developers Oliver Bao and Brendan McNamara. It also features game play footage and interviews with several actors in the game, including Mad Men’s Aaron Staton (who plays the role of the main character, Cole Phelps). 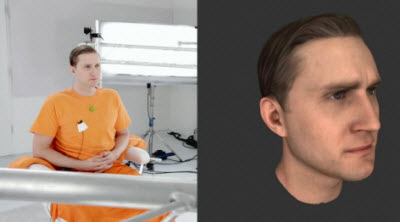 The technology is called MotionScan and it involves sitting the actors down in a room that is entirely captured by cameras. They speak their parts and their images and motions are directly captured into computer animations, which do near-perfect lip-synching. The result looks far better than traditional motion-capture techniques and can be done in a lot less time. That means it costs a lot less money. That’s critical in the console video game business, where rising costs are driving game productions past $30 million in development costs alone. For RockStar, it may mean the ability to differentiate its games from everyone else’s in the market. And that means it can continue cranking out hits like Grand Theft Auto IV, which sold more than $500 million worth in its first week of sales alone.

No word yet on when this game is arriving. But if all goes well, this will be one of the blockbusters of 2011. RockStar is a division of Take-Two Interactive.