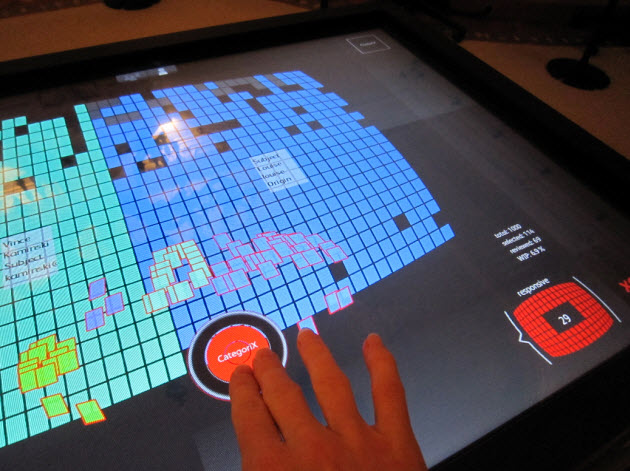 Researchers at Xerox have created a “smart document” touchscreen display that literally puts thousands of documents at your fingertips. The machine is a big tabletop display that can be shared by multiple collaborators, who can sort and search through the documents using touchscreens. 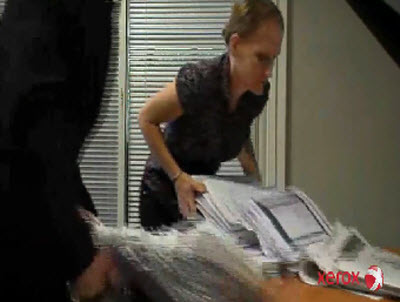 The new document review system is a prototype developed by scientists at Xerox Research Centre Europe in Grenoble, France. If it turns into a product, it could help the masses of workers who have to sift through piles of documents and collaborate as they do so. The beneficiaries include lawyers, legal assistants, interns, government clerks, insurance adjusters, medical office assistants, financial workers and others. It’s a reminder that, for all of the talk of a “paperless office,” computers haven’t brought that much innovation through the process of sifting through documents. It’s nice to see some innovation that could take the drudgery out of a lot of information era jobs. 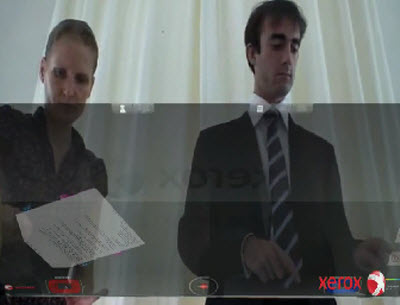 The researchers say you can use the system to find, open, sort and move thousands of documents with the touch of a finger. That means you could sort through millions of documents in hours rather than weeks. As you can see in the Xerox promo video, the table-top display lets users move documents with their fingers, much like using an iPhone or smartphone touchscreen. Only this screen is about 150 times larger, so that people can work together around it.

Documents can be put side by side, scaled up or down, or piled in a corner of a table — much like they can be on a real desk. If you point to a few relevant documents, the system learns what you are looking for and can supply similar documents, even if that means doing a massive document search. That can be very helpful in the discovery process as lawyers search through electronic documents for a “smoking gun” memo.

“When you consider the vast number of documents involved in litigation, patent searching, government security and intelligence analyst reports, it’s easy to understand how some review efforts involve millions of documents,” said Caroline Privault, project leader at the research center.  “We believe that a tool like this will have a major impact on the cost, accuracy and speed of document review.”

The system builds on previously introduced Xerox technology called CategoriX, which is currently being used as part of Xerox services for legal discovery. It uses a touch-table screen from PQ Labsform. The prototype is being tested in customer pilots before it becomes commercially available. 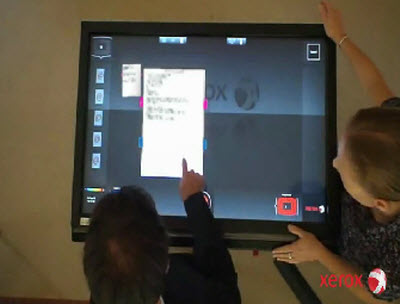