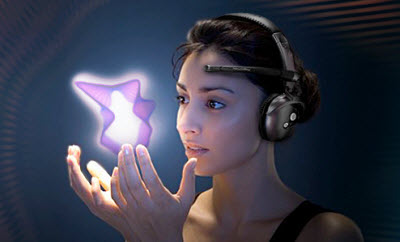 NeuroSky, which makes toys and entertainment products that use its brainwave-scanning technology, is revealing today that its technology is being used in an  “brainwave athletic trainer.” BrainAthlete, which is on the market in Japan and arrives in the U.S. early next year, measures an athlete’s state of mind so he or she can figure out the ideal way to prepare for a big sporting event.

The trainer is meant to track an athlete’s level of concentration, helping them find their “zone,” or the state of mind where they can best perform a sport. The product, which will be built and sold by Japan’s B-Bridge International, shows that NeuroSky’s MindSet technology — which has been tested in working products in the toy industry — continues to inspire product makers looking for an innovative new user interface.

The trainer application taps NeuroSky’s ability to detect your brain waves. NeuroSky’s electrodes detect brainwave activity and interpret whether you are upset, attentive, meditative, or relaxed. Those inputs can then be translated into computer controls for toys such as Mattel’s MindFlex toy, where you can make a ball rise if you are concentrating.

Uncle Milton’s Star Wars Force Trainer also uses NeuroSky’s MindSet. With that product, you can make a ball rise inside a tube, without touching it, if you concentrate long enough. The MindFlex and Star Wars toys have sold well, and now NeuroSky is moving on to a new product with partner B-Bridge, which is based in Tokyo. 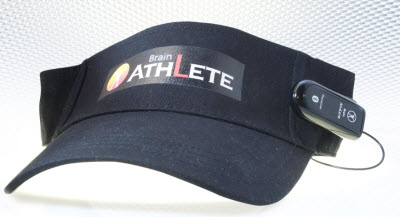 The NeuroSky MindSet probes are built into a standard golf visor. Three non-invasive contacts in the headband monitor the electroencephalogram (EEG) electrical activity from the brain to determine the athlete’s mental state. So an athlete can now correlate the brainwave activity with his or her actual performance during a workout. Then the athlete can analyze the results instantly.

It could prove useful in sports such as golf, where the ability to concentrate is closely linked to how well you play. There are 28.8 million American golfers. Debra Crews, a professor of psychology at Arizona State University, has studied the brainwaves of golfers for a decade. She sees a correlation between mental state and performance accuracy. The problem is that it isn’t easy to get EEG machinery on a golf course. NeuroSky’s portable MindSet technology, coupled with B-Bridge’s visor, fits the bill.

Stanley Yang, CEO of NeuroSky in San Jose, Calif., said the company has been researching mental sports performance for five years. For four years, it has been working with the U.S. Olympic archery team. The product began shipping in Japan on Dec. 1 for 40,000 yen, or $476. It will be available in the first quarter of 2011 in the U.S.

NeuroSky was founded in 2004 and has 40 employees. Rivals include Emotiv, but no one has offered a portable EEG-monitoring system for athletes. NeuroSky has raised $18.6 million in three rounds of funding, including an $11.8 million round in June. Investors include Taiwan Global Biofund, W.R. Hambrecht managing partner Lee Ting, and Taicom Capital.