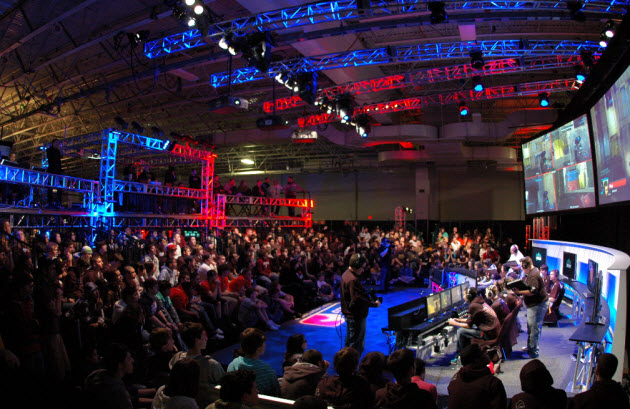 For some gamers, competing in a darkened living room gets old. That’s what fuels the growth of Major League Gaming, a tournament gaming company that announced today it has raised $10 million in funding to continue staging live video-game competitions as well as online events.

New York-based MLG, which runs the world’s largest professional video game player’s league, said it has a $10 million financing commitment from Legion Enterprises, a private equity firm. The deal is expected to close in the first quarter of 2011. Oak Investment partners is joining the round. Once the round is closed, MLG will have raised $52.5 million.

Legion targets investments in companies that cater to “digital natives,” or tech-savvy youths ages 16 to 24.The investment shows that the promise of professional video-gaming — that it could one day stand alongside sports such as football or soccer as a spectator sport — is still alive.

MLG stages live events where thousands of attendees watch the best professional video game players compete for prizes. It also broadcasts the events online and let users play in their own tournaments. The company says it reaches 4.5 million consumers a month online, produces thousands of videos per year, and reaches more than 600,000 unique viewers per live broadcast of each weekend event for its Pro Circuit competitions. Males under 30 make up 95 percent of the viewing audience. The company estimates that 40 million consumers in North America are passionate about playing video games competitively, suggesting it’s just starting to tap the potential audience.

The combination of the live events, which draw spectators, and the online tournaments, which draw participants, is key to the business. While very few players may really have competitive ability, there are lots of gamers who wouldn’t mind watching a tournament to learn how to play better. And there are those who want to take their learnings and play against their trash-talking friends.

MLG recently redesigned its majorleaguegaming.com site and will roll out social networking and video capabilities over the coming months.

The company was founded in 2002. Over the last eight years, MLG has set out to create a global, cross-platform competitive gaming business, said Sundance DiGiovanni, chief executive of MLG. Over time, the company has acquired business such as Gamebattles and Agora Games, both aimed at building big communities around online games.