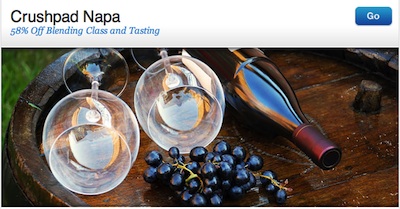 Popular private-sale company Gilt Groupe jumped into the market for deals sites earlier this year with a property called Gilt City. As the New York City startup tries to build a brand for itself as the luxury-minded alternative in a crowded industry, it recently hired a veteran of both e-commerce and media to run its engineering team.

Gilt City’s vice president of engineering, Brian Dhatt, previously served as chief technology officer at Sugar, a network of websites for women. (Dhatt’s role is supposedly a “newly-expanded position” that reports directly to Gilt City’s president Nathan Richardson.) He also spent time as the chief architect of BestBuy.com. Dhatt told me that he was lured to Gilt City by the company’s vision as a site where users aren’t just looking for discounts, but also “great experiences”.

“If we were in a pure group-buying space, I don’t think there would be heap of differentiation for us,” Dhatt said. “People know if they come here they’re going to be taken care of.”

Beyond moving into new markets (Gilt City launched in Tokyo last week), Dhatt said one of his big goals involves building out more location-based features. The company is “not doing much” in that area right now, he acknowledged, but Gilt City could use location data to really achieve that mission of delivering great experiences. One sign of Gilt City’s interest in this area is the upcoming launch of neighborhood-level deals, which are planned to go live for New York and Los Angeles users in January.

Besides Tokyo, Gilt City is available in six US areas, including San Francisco and Chicago, and it says it has 1.1 million registered users. Dhatt said that while the company is part of Gilt Groupe and obviously takes advantage of the larger organization’s resources, it’s based in a separate office and has a smaller startup’s sense of “urgency”.

“We are working hard to grow Gilt City into something great, independent of the fact that Gilt Groupe exists,” Dhatt said.

Update: An earlier version of this story described Gilt City as a group-buying site, which is incorrect — the site’s deals do not require a certain number of users to sign up before the deal becomes active.