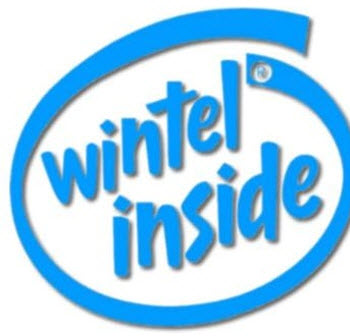 In a move with huge implications for chip makers, Microsoft is expected to announce a version of Windows that will run on chips based on ARM designs for the first time.

Bloomberg reported that Microsoft will make the announcement at the Consumer Electronics Show in January, with the software tailored to run on battery-powered devices such as tablet computers and other handhelds. Steve Ballmer, chief executive of Microsoft, will likely reveal the news in his keynote speech at the beginning of the show on Jan. 5.

If true, the move could break Intel’s hold on the personal computer, effectively ending the “Wintel” duopoly in favor of a market where many chip makers could supply chips for Windows machines.

The new version of the operating system would enable Microsoft to attack rivals such as Apple, particularly in tablets and phones. With support for ARM chips, Microsoft could expand its reach beyond Intel and Advanced Micro Devices, which make x86 (or Intel-compatible) microprocessors. Since the original IBM PC debuted in 1981, computers have run on x86 processors.

Rob Enderle, an analyst at the Enderle Group, said that Microsoft will likely dramatically slim down Windows to make it fit into the memory capacity of ARM machines.

“They haven’t tried to do this since the late 90s and that didn’t end well,” Enderle said. “There is enough headroom on Intel to emulate ARM and they could use their virtual machine technology to make this vastly easier than it once was. But this is one of the biggest risks they have ever taken.”

ARM chips are made by a variety of smartphone chip makers, including Qualcomm, Texas Instruments, Samsung, Marvell, Broadcom and Nvidia. Even Apple makes its own A4 ARM-based processor, but don’t expect to see Windows on Apple machines, unless they’re running virtualization software of some kind.

Microsoft has often launched versions of Windows for smaller devices by pruning back the operating system. By making the full version of Windows available on those devices, it may have better luck competing in the new devices.

But there is a lot of inertia that favors Intel in this situation. Windows applications won’t automatically run on ARM devices. They will have to be painstakingly ported, or adapted, to run on the ARM chips. A poorly ported Intel-based Windows app will likely run extremely slowly on an ARM chip.

One observer with many years of tech experience said, “The biggest news here is an acknowledgment by Microsoft that for the first time in its history, the DOS/Windows franchise is being threatened by other platforms.”

Intel and AMD, meanwhile, are making low-power versions of their x86 chips that could be used in smaller devices. As Intel comes down from the full-featured PC, it is running into ARM, which is coming up from the humble feature phone. The collision will be spectacular and will likely lead to lower prices for chips and cheaper, better devices for consumers.

If the ARM chips succeed in getting into PCs, Intel’s vast profits from its x86 business could be vulnerable. Microsoft declined to comment to Bloomberg, as did Intel and ARM.