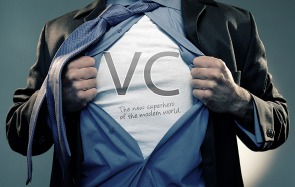 Venture capitalists say they will invest more in 2011 as hiring in the sector heats up and selling begins to shake off the lingering woes of the financial crisis, according to a study released today by the National Venture Capital Association (NVCA) and Dow Jones VentureSource.

The survey polled 330 venture capitalists in the U.S. and 180 CEOs of U.S.-based venture-backed companies between Nov. 29 and Dec. 10, 2010, looking for their views on where they see VC investment headed in the coming year.

Still, despite the initial upbeat nature of the report, it is clear that many venture capitalists remain worried about a bubble developing in Silicon Valley and are divided about how fundraising will shape up over 2011.

Of VCs who said they would risk it and invest in companies in their earlier stages, 30 percent said they plan to co-invest more with angels.

CEOs said they are even more hopeful, with 58 percent predicting an increase in venture investing, and 64 percent saying they plan to raise a round of financing in the year ahead.

The venture capital world’s focus on new technology is also continuing to grow — VCs polled said they expect investments in information technology to increase more than in the life sciences and cleantech sectors.

Out of those investments, it was clear that current fads will still be fashionable into at least part of 2011, with as many as 82 percent of VCs pouring funding into consumer internet and digital media, 80 percent into cloud computing, and 66 percent into mobile/telecom.

These figures, however, were once again contradicted by venture capitalists saying they worried the latter two sectors could see a lot of investment “froth,” a term used among the venture community to suggest over-investment.

“At this time last year, the venture capital industry was optimistic, but cautiously so,” said Mark Heesen, president of the NVCA. “[But now] the improving exit market and a renewed excitement in the IT sector have engendered a confidence among VCs and the CEOs of the companies in which we invest that promises to propel the start-up community forward in 2011.”