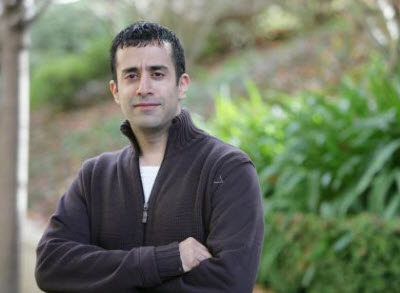 Rahul Sood, a product wunderkind at Hewlett-Packard, left his job last month and has reappeared as the general manager of “system experience” within the interactive entertainment business at Microsoft. He announced the new gig on his blog today.

His hire is sure to set off speculation. Is he working on a new game console to replace the five-year-old Xbox 360? Will he replace product design wizard J Allard, who left Microsoft this year? It’s a reminder to me that, for all the vast number of employees at big tech companies, one or two key people can make all the difference in the world.

One thing is for sure. Microsoft wouldn’t hire a guy like Sood and put him on something unimportant, like making sure a fan fits inside a game box. Whenever Sood showed a new HP product to me, he held the thing like it was his own baby.

Sood has had a storied career as a computer designer. At a time when everyone was designing beige box PCs, he started Voodoo PC in Calgary, Canada, in 1991. Joined much later by his brother Ravi, the Sood business created screaming-fast computers for gamers with liquid cooling, the fastest graphics cards, and custom paint jobs. Voodoo PC made a hundred or so a month and sold them for $5,000 to $10,000 each.

The company caught the eye of Mark Hurd, chief executive of Hewlett-Packard, who wanted to bring in the right people to revamp HP’s product design and create magical technology experiences that rivaled Apple’s. For a time, it worked. HP designed the Blackbird gaming PC and created the Envy laptop, which was HP’s answer to the MacBook Air.

But somehow, HP didn’t seem to make the best use of Voodoo’s crew. It pretty much dropped out of the gaming PC business and focused on trying to make its mainstream products sexy and edgy. Designing good products may come easy for Steve Jobs at Apple. But doing that at HP can’t be easy. As former CEO Carly Fiorina once said, if HP marketed sushi, it would call it “cold dead fish.”

Sood left not long after Hurd went out the door this fall. At Microsoft, Sood said, “I’ll be working on some really… really … really cool stuff come January 2011. If you need to get in touch with me feel free to find me on Facebook or Twitter. I may or may not attend CES, but if you have something really cool to show let me know soon!”

It’s exciting to see that Sood has gone to Microsoft. He may very well be working as a janitor, for all I know. But I get the feeling that Microsoft is working on something important.