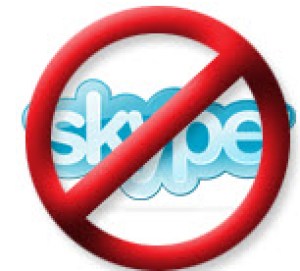 Skype, a provider of voice and video calling services over the Internet, might be poised to release video calling for mobile devices equipped with a front-facing camera and running Skype at the Consumer Electronics Show next year, according to a number of reports.

The service already has video conferencing built into its PC and Mac applications. The application uses webcams and can connect to other Skype users. But video calling isn’t available on Skype’s mobile app. Mobile users instead have to use applications like Tango and Apple’s Facetime for video calling. That’s largely because mobile video calling wasn’t that big of a deal a few years ago when front-facing cameras weren’t standard.

But most mobile phones have front-facing cameras for video calling today. The next generation of tablets will include them as well. The Samsung Galaxy S and Research in Motion’s upcoming BlackBerry Playbook tablet feature front-facing cameras, and the new iPad probably will as well. The software to execute video calling today is rather fragmented, and right now it seems like little more than a novelty application. Having a single application that works across multiple devices would do wonders to take video calling on mobile devices mainstream.

That is, if Skype can keep its network up and running. Skype recently suffered a widespread and lengthy outage with its Internet calling service that affected tens of millions of people. The company said in a post that problems with the Skype network’s “supernodes” are responsible and could take hours more to fix. Skype apologized to users, particularly some businesses that began to rely on Skype for their calling needs. Based on that reaction, it’s clear that Skype has widespread placement in the voice-over-Internet market.

If Skype decides to release video calling for all of its existing applications, it could significantly stretch its market share. But, as usual, this is the Internet — so take all these rumors with a grain of salt.