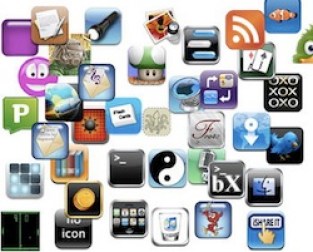 This was bound to happen sooner or later. A Los Angeles county man has filed a lawsuit against Apple, along with several mobile app developers, for allowing apps that transmit private user information to ad networks without user consent.

The lawsuit was filed on behalf of Jonathan Lalo on December 23 in a San Jose, California federal court, Bloomberg reports.

The suit claims that Apple devices like the iPhone and iPad are equipped with unique ID numbers (dubbed UDIDs) that allow advertising networks to track user activity — like what sorts of apps are downloaded and how long they’re used. Unlike cookies, which are used on computers to track user activity, Apple’s device IDs are permanent, and users can’t block their transmission to third parties.

According to the suit, “Some apps are also selling additional information to ad networks, including users’ location, age, gender, income, ethnicity, sexual orientation and political views.”

The news follows an investigation by the Wall Street Journal that revealed the extent to which many popular mobile apps share private user data. Named in the suit are popular apps like Pandora, Paper Toss, and the Weather Channel, which were singled out by the WSJ for the data they shared with advertisers.

The suit seeks class-action status for Apple customers who have downloaded iPhone or iPad apps between December 1, 2008 and last week, claiming that transmitting personal information is a violation of federal computer fraud and privacy laws.

Apple claims that it reviews apps and doesn’t allow them to transmit personal information without permission, but the WSJ’s report shows multiple instances of approved popular apps that are guilty of sharing data. Apple hasn’t yet responded to the WSJ’s investigation, but now that there’s a lawsuit in the mix, I suspect we’ll be hearing something from the Cupertino company soon.