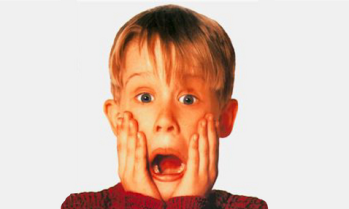 Sometimes the most memorable stories of the year aren’t necessarily the biggest ones — instead, they’re the bits of news that completely blindside us. While many of those surprising stories may indeed go on to be among the biggest of the year, we’ve already covered those in our top stories of 2010 feature (see also our best and worst in mobile for 2010, and our top games).

In this post, we’d like to shine a light on the stories that truly surprised us this year as we gird ourselves for the surprises ahead in 2011. It’s also impossible to include every shocking story of the year in a list like this, so please let us know what surprised you in the comments.

A guy walks into a bar, finds an iPhone 4 prototype

It almost seemed too good to be true. Months before Apple officially unveiled the iPhone 4, the gadget blog Gizmodo got its hands on a prototype version of the device that was left behind at a bar by one hapless Apple software engineer. For a company as secretive as Apple, the leak was unprecedented, and it led to a series of highly trafficked articles by Gizmodo as they milked the story for all it was worth. The site went as far as disassembling the phone to learn more about its new hardware.

Gizmodo had apparently purchased the device for $5,000 from Brian Hogan, a bar patron who was eventually tracked down by Wired. Apple considered the device stolen property, which likely led police to raid Gizmodo editor Jason Chen’s house and seize his computers, even after the prototype was returned to Apple. Gizmodo owner Gawker Media sought protection for Chen under California’s journalist shield law.

Despite the trouble the iPhone prototype eventually caused Gizmodo, it seemed worth it to have an exclusive product leak that would live in infamy.

Things weren’t looking so good for Palm earlier this year, so it wasn’t a huge reveal to learn that it was looking to get bought out. What was surprising was who ended up snagging the former smartphone giant — HP announced in April that it would buy Palm for $1.2 billion.

After the disappointing launch of its much-hyped Palm Pre smartphone last year and continuing slow sales, the company clearly needed some help. Rumors started swirling that Palm was looking for some sort of deal, either a buyout or some sort of licensing arrangement for its webOS mobile platform, early on in the year. We speculated that BlackBerry-maker RIM would be a good home for Palm, and we learned that both HTC and Lenovo were interested in getting their hands on the company too. We later learned that the HP deal apparently resulted from a whirlwind auction between five companies.

The future of Palm’s technology is still uncertain, but at the moment it seems that HP is working hard to bring webOS to tablets early next year.

Google’s stab at a Facebook/Twitter competitor of its own (no, Orkut doesn’t count, even though it’s successful in some countries) left a lot to be desired. When Google Buzz was first announced, there was little compelling reason to use it since it didn’t bring any features not already offered by competing social networks. Buzz’s integration with Gmail, its one potentially useful differentiator, ended up being the source of major privacy concerns since it used your email history to build up your network of friends.

To its credit, Google tweaked the service to address some privacy issues and later admitted to many mistakes with its initial Buzz rollout, saying that it would test future features before they rolled out. But by then, the damage was done. Now merely uttering the words “Google Buzz” is a joke.

Microsoft fails and succeeds in mobile in the same year

I can’t imagine that anyone was excited by Microsoft’s Kin phones, the company’s failed attempt at recapturing the “youth” mobile market. So it wasn’t entirely surprising when those phones were killed shortly after their release. What was shocking, though, was just how well Microsoft would succeed with its true Windows Mobile successor, Windows Phone 7.

WP7 looked great when Microsoft showed it off earlier this year, and by the time the platform launched in October, it was clear that Microsoft was aiming for something truly different. The Metro UI used by Windows Phone 7 looks unlike any other phone platform out there, and Microsoft worked directly with developers to ensure that its first batch of apps were polished. The company recently announced that phone manufacturers shipped 1.5 million WP7 units to carriers and retailers in the platform’s first six weeks. As I’ve previously argued, it’s clear that Microsoft is in the mobile market for the long haul with Windows Phone 7, and that it will do whatever it takes to reclaim its mobile influence.

Seemingly out of nowhere, HP CEO Mark Hurd resigned in August following sexual harassment allegations. We wrote at the time, “the resignation comes as a big surprise, because of Hurd’s buttoned-down reputation. He’s also credited for having turned around HP, leading it back to its current status as the largest computer company in the world. The company had suffered years of turmoil under his predecessor Carly Fiorina. Under her reign, the company had fallen to No. 2. behind Dell.”

A Wall Street Journal report revealed that HP’s board mistrusted Hurd after he settled a sexual harassment claim with a former contractor. Hurd later joined Oracle as its new co-president, and once again became a threat to HP. Oracle CEO Larry Ellison came to Hurd’s defense after he was fired, calling the move “the worst personnel decision since the idiots on the Apple board fired Steve Jobs many years ago.”

Daily deal site Groupon defied expectations earlier this month when it turned down Google’s $6 billion buyout offer. Clearly, the site isn’t shedding any tears over the deal, as reports point to the company making $2 billion every year. Just yesterday we reported that Groupon is set to raise nearly $1 billion in another round of financing, which would make it worth as much as $7.8 billion — instantly shutting up critics who derided its decision to pass on Google’s offer.

One of the hottest apps of the year is Instagram, a mobile photo sharing app by the folks who built Burbn, a location-based social network. If you haven’t heard of Burbn before, I wouldn’t be surprised. It managed to gather some buzz while it sat in stealth mode for a few months, but it eventually evolved into Instagram, which boiled down some of Burbn’s features to focus on one thing: Creating a kick-butt way to share photos with your friends on your smartphone.

It seems the decision to pivot into photo sharing was a success. Instagram announced last week that it had reached 1 million users in two months, something that took years for popular social networks like Twitter and Foursquare.

We knew that glasses-free 3D technology was bound to find its way to consumer devices, but I never expected that Nintendo would be the company to make it happen. The 3DS is the company’s next major update to its megapopular DS handheld system that will let gamers experience 3D games and movies without the need for glasses. Additionally, Nintendo is adding features common to smartphones like a motion sensor and gyroscope, perhaps in a bid to take on the iPhone’s burgeoning game scene. Judging from what we’ve seen of it already, it appears that Nintendo has yet another hit on its hands.