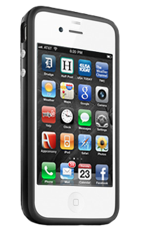 Amidst a time when many startups are looking to capitalize on the mobile app craze, Austin-based Appconomy has announced that it has raised $1.5 million to build mobile apps for enterprises and businesses.

The startup offers its services in two divisions. Studios — where it works with enterprises to design and develop apps for business using what it calls the “Appconomy RoadMapp,” a strategy devised around setting mobile app priorities, costs, dependencies, and expected value — and Labs — where it looks to complete the research and strategy by working with the enterprises themselves, on top of building apps and components for them.

Brain Magierski, its CEO, is confident about his belief that apps form a new kind of economy, and will play an increasingly important part in our lives in the future. “All work — from personal shopping to processing supplies coming into a factory — will increasingly be done by an individual via an app on a mobile device,” says Magierski.

Appconomy is based in Austin, Texas. The $1.5 million funding round, its first, was led by Palo Alto-based True Ventures.