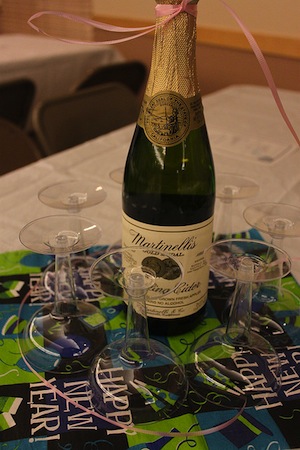 As we head towards the New Year of 2011, the VentureBeat team has put together a list of things we’d like to see the tech and startup world improve on.

Yes, we’re whiners, and yes, this is skewed toward the topics that we’re personally worked up about. But if there are things you’d like to see changed in the New Year, either in the tech world as a whole, at a specific company, or even at VentureBeat, please let us know in the comments.

1. No more manquisitions — Also known as “talent acquisitions”, these are deals where a company is purchased just to hire its founders and maybe some other senior team members. In many cases, a substantial number of employees are laid off, the technology is scrapped, and users of the startup product are screwed.

There are times when these deals are an easy way for the founders to make some money and find gainful employment, and sometimes they’re the best option for a struggling startup, and we’re not under any illusion that that’s going to stop. But let’s stop pretending that these deals are a huge victory for anyone except the acquiring company.

Besides, the word “manquisition” is just ugly. And “acq-hire” is even worse.

2. Solve the app discovery problem — This is something that every mobile application-builder we talk to is concerned about. They’ve usually developed some good strategies for getting noticed among the flood of content in Apple’s App Store, the Android Marketplace, and elsewhere, but there’s still no good way for users to explore the “long tail” of apps that lie beyond the top-selling and featured app lists.

I don’t think this is a problem that individual startups can solve. The companies running these marketplaces need to make structural changes that help users find apps, especially the apps that don’t have a big marketing budget — otherwise, the growth of apps will start to seem like a defeat, not a victory.

3. Have a substantive discussion about the absence of women in tech — Yes, this is a topic that prompts a lot of eye-rolling, partly because so much of the debate is shout-y and shallow. Some men get defensive because they feel like they’re being accused of sexism, while some women get defensive because they hear condescension in the topic, as if they can’t succeed in the startup world without handholding.

It’d be nice if we could move the discussion away from kneejerk defensiveness and more towards the big, long-term factors that contribute to women still being underrepresented in the industry, especially in tech-centric and leadership roles (and yes, many of these involve broader issues that no particular company or group of companies can fix).

To be clear, I think sexist assholes should still be called out. But let’s not make them the focus of the conversation.

4. Disclose active user numbers — For most Web startups, the big number to flaunt is the amount of registered users. Now those can make for great stories — 1 million! 2 million! 500 million! But these numbers can distort the discussion, because registered user numbers don’t tell us whether a company has an engaged, loyal audience or if they simply convinced a bunch of people to sign up for the service who never came back. Most startups are only going to share numbers that look good for them, but let’s try to focus on daily or monthly active users whenever possible.

For more on this subject, check out this great rant from TechCrunch’s Jason Kincaid.

5. End the overuse of embargoes — Okay, this one is really insidery, but it affects the quality of coverage that you see in VentureBeat. PR firms in tech and elsewhere have developed a practice of giving journalists advanced notice on news, as long as we agree to hold off on publishing anything until an appointed time. There are probably instances when this approach makes sense, particularly if companies have a complicated product or announcement that they want to explain to reporters without everyone feeling like there’s a rush to publish. But embargoes often result in canned, same-y stories showing up everywhere, especially since we can’t talk about the stories (say, with competing companies or an analyst of our choosing) until after they’re published.

Many embargoes are sent with so little advanced notice that there’s no time to do a good job anyway. And there are other times when someone breaks the embargo, leading to the same old rush to publish.

To be clear, VentureBeat still plays by the rules, because that’s the only way we can cover some of the big stories. But I hope there’s a shift away from using embargoes as the default way to distribute news. We’re trying to do our part by increasing the number of stories that aren’t prepackaged, embargoed announcements, and hopefully you’ll see more of that coverage in the coming year.

By the way, I hope never to write at such length about embargoes again. Because on top of everything else, embargoes are boring.