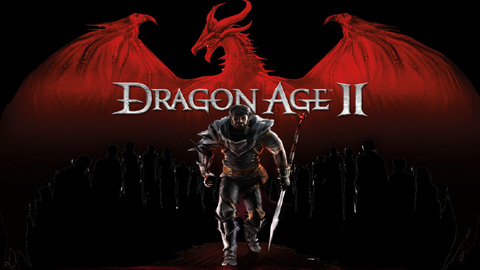 With Dragon Age II impending, the video game world has been tossing around the phrase “framed narrative” quite a bit in reference to the game’s plot structure. So what exactly is it?

“Framed narrative” is a literary term. What it basically means is “story within a story.” In a framed narrative, the main plot line is buried inside of a secondary plot line. For example, in Tim Burton’s film Big Fish, the main story is about the life of Edward Bloom. However, this story takes place inside of a second story in which Edward’s son Will tries to reconnect with him as Edward’s health declines. While Edward’s story is an incredible series of adventures, the less fantastical “frame” of Will’s own path of discovery brings an additional layer of emotional depth. We are able to see the juxtaposition of an extremely fantastical world and a deeply poignant one. It is the tension between these two very different worlds that makes the film work so well.

The framed narrative is hardly a recent invention. It is famously implemented in Geoffrey Chaucer’s Canterbury Tales, written in the latter part of the fourteenth century. It was also a very popular convention among the gothic writers of the nineteenth century, popping up in Washington Irving’s “The Legend of Sleepy Hollow”, Mary Shelly’s Frankenstein, and whole pile of other tales. The reason gothic writers embraced this method of storytelling was that it allowed for the use of the “unreliable narrator,” another popular literary convention.

For example, “The Legend of Sleepy Hollow” is told by the skeptical Diedrich Knickerbocker, who, after telling the tale, claims “I don’t believe the half of it myself.” The ending is ambiguous enough that readers are never concretely told whether the Headless Horseman was a real phantom, or if it was merely Brom Bones in disguise playing another of his tricks on the gullible Ichabod Crane. The brilliance of the story is that we cannot take the words of Mr. Knickerbocker at face value, and the ultimate meaning of the tale changes radically depending upon how much faith we put in his truthfulness. Diedrich Knickerbocker is an unreliable narrator.

Dragon Age II uses the framed narrative plot structure to present the tale though an unreliable narrator. Well, two unreliable narrators actually. What this does is allows for additional layers of fantasy to the story. In the game Hawke can be larger than life, because the tale we actually experience as we play through the game is not necessarily the truth. The storytellers have the freedom to distort and exaggerate the details to make for a better story.

Of course, Dragon Age II is not the first video game to use the framed narrative/unreliable narrator structure. Final Fantasy VII gave our brains a pretty good screwing by contrasting Cloud’s version of his past with the versions of the past we get from other characters (including Sephiroth.) Even Cloud begins to question his memory of these events, and it is quite possible he is getting his life mixed up with that of his friend Zack.

But the unreliable narrator is still pretty rare in the video game world, even though it has a fairly strong and lengthy tradition in the world of literature and film. As the storytelling of video games becomes stronger and stronger, this may be something we start to see more often. As a huge literature geek, I certainly wouldn’t mind seeing video game stories influenced by a more literary style of storytelling.