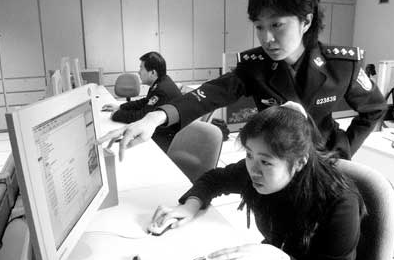 The number of Internet users in China has surpassed 450 million people, a senior official of the country announced in a press conference this morning. The country is now the world’s largest Internet market: The United States has only 230 million users.

That number represents an increase of 30% in Internet users from last year, boosting the country’s Internet penetration to around 34 percent — suggesting there’s much more room to grow.

While the impact of the Internet has been increasingly prevalent in the country, the Chinese government has been infamous in policing the country’s access to various content. Just over the last year, authorities have shut down 60,000 sites, deleted 350 million instances of pornographic content, investigated 2,200 criminal cases, and convicted 1,300 people.

Wang Chen, the country’s head of State Council Information Office, believes that their policies have “made the Internet environment much cleaner than before,” and says the country has no plan of backing down.

Over the last year, Internet giants Facebook and Google have made news over terms of their operations in China. Back in January, Google reiterated on its Chinese policy after it believed authorities from the country had hacked into Gmail accounts of Chinese human rights activists, stating that it would no longer censor its search results as per Chinese law.

Facebook, on the other hand, is currently blocked in the country after it was said to have been used as a tool to instigate riots. CEO Mark Zuckerberg recently met with leading Chinese technology executives and has been actively advocating his desire to get Facebook into the country on good terms.

“Before we do anything there, I’m personally spending a lot of time studying it and figuring out what I think the right thing to do is. It’s such an important part of the world. I mean, how can you connect the world if you leave out China’s population of more than one billion people?,” Zuckerberg told the Wall Street Journal.

Facebook’s opportunity in the country mirrors that of many startups in the United States. For anyone seeking to serve the world, a 450 million opportunity is hard to ignore — but equally hard to serve. Twitter, like Facebook, is also banned in the country, as are Foursquare, Plurk, Technorati, and Blogger.