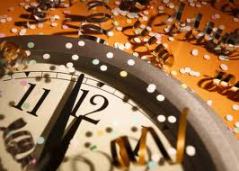 Wondering how to tell your friends where you are for New Year’s? There are a host of hot location-based startups which let you check in to a venue and broadcast your whereabouts to friends. Since I write about these services regularly, I decided to ask the founders of these companies where they’d be for New Year’s. The coolest choice of place meant that service got the honor my check-in.

You may remember these guys from VentureBeat’s local heroes series, where we asked them how they use their services in their daily lives and how that drives the design of their products. Consider this a timely update.

Crowley also noted that he purposely didn’t research anything else to do in Atlanta as he plans on relying on Foursquare’s “tips” feature for suggestions.

Sam Altman, Loopt — Altman plans on heading home to St. Louis to visit his family. Past that, he plans on meet up with friends from high school and heading out on a good old-fashioned bar crawl. Altman notes that he will definitely be checking in but has no idea exactly where yet.

Seth Priebatsch, Scvngr — For New Years, Priebatsch plans on heading to Times Square in New York City to support his company’s partnership with American Eagle to support the Big Brothers and Sisters of America charity. American Eagle is donating $5 for every check-in/challenge done and Scvngr plans on matching it. Hopefully people will be able to battle the snow drifts and still make it to Timesqaure.

Josh Williams, Gowalla — Straight from Williams himself, “A few days ago, I checked in at a fireworks ‘superstore’somewhere in north Texas.  Without elaborating too much, tomorrow night’s check in may or may not be within Austin city limits. And by the way, do you know how difficult it is to search the web for ‘Austin City Limits’? What I want are legal boundaries for the use of small and colorful explosives. What I get is some PBS show that is evidently moving to a new venue in 2011.”

It would appear that Williams is going to be checking in to his own fireworks show, city limits permitting.

Only one other founder from the Local Heroes series, Keith Lee of Booyah, did not get back to me yet. We may just have to wait for his check in to see exactly where he is this New Year’s. I’ll be sure to update the post when I hear from him.

So, who’s the winner? I’m going with Foursquare for the sole reason that aquariums are cool and Crowley will be at one. If I was giving a second place, it would go to Scvngr because it’s always good to give to charity.