Have you ever found yourself wondering why you’re reading about the “Best Nintendo Wii Dance-Puzzle Games of 2010” when you hate puzzle games, are too uncoordinated for dance games and, oh yeah, you don’t even own a Nintendo Wii? Don’t worry, you’re not alone.

Lots of people do this, whether it’s because they’re hoping to relive some of their great virtual experiences of the year, or they’re morbidly curious about what they might’ve missed out on. Unfortunately, gaming journalism likes to shoehorn narratives into things like “2010” or “Best RTS”, but the truth of it is none of these narratives are going to stick on an individual level. While many of us may follow one or two franchises with fervent loyalty, our year of gaming is as much about keeping the past in mind as it is living in the present. 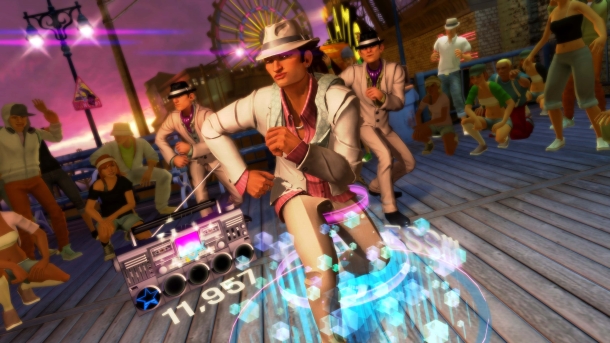 Not quite my cup of tea.

My 2010 narrative reflects this perfectly. With personal responsibilities cutting into my 360 time, I began 2010 by vowing to not only to play through my extensive backlog of games but also to keep up with as many new releases as possible. Sometimes I was on the cutting edge, picking up new versions of consoles and attending midnight releases, but most of the time I was left playing catch-up.

Keeping in line with my obsessive penchant for replaying games before their sequels are released, I plowed through Mass Effect for about the third time, doing every side quest and mineral-gathering planetside Mako expedition on the highest difficulty setting. I wasn’t expecting to finish it before the January 26th release of Mass Effect 2, and I didn’t, thanks to some strategically-placed essays. I did, however, attend the midnight release and was able to get caught up in a lot of the hype surrounding the game – something which I’m sure that we’re all aware dies rather rapidly. 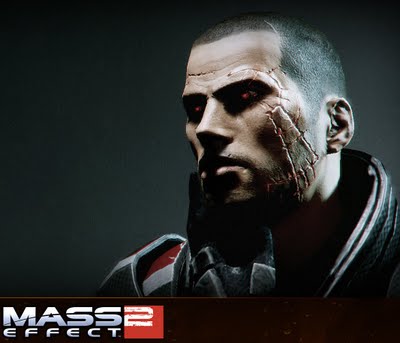 A face only an alien unacquainted with human appearances could love.

At the release event, my fellow Shepherds and I discussed our decisions in the first game: who we had killed, who we had romanced, and how disappointed we were that Ashley and Liara weren’t interested in sharing. As the first big release of the year, there were high expectations. It seemed like everyone wanted this game, especially the eccentric bag lady who apparently arrived by herself to make this exciting purchase. And the game was every bit as exciting as the hype led me to believe. But though it made me optimistic about the year ahead, a mix of school commitments and my literary goals conspired to sabotage my efforts to complete the game.

I then turned my attention to BioWare's previous game, Dragon Age: Origins, hoping that I would have better luck. The result: utter and abject failure. It wasn’t that the game didn’t look good or that the story wasn’t engaging, but after playing a game where I can actually pull the trigger and control combat, having to sit back and watch as my character took his precious time killing enemies no matter how much I mashed buttons was rather disenchanting.  I think it says something when a gamer who will grind his Bulbasaur in a patch of grass for ten hours can’t finish an RPG. To this day I still have only unlocked a measly two achievements. Maybe I’ll finish it before the sequel, but I won’t hold my breath.

Summer: In Which I Play Old Games Instead of Job Hunting

Between hours of Gears of War 2 matches and my failed attempt at finishing Doom 2, I found myself reading a lot about the upcoming release Limbo and decided to prepare by playing another recently acclaimed puzzle title: Braid. Limbo was disturbing, fun and melancholy all at once, and I beat it within a day or two. The same could not be said for Braid, asI still haven’t finished it. I’d like to think of myself as at least slightly more intelligent than the average person, but I could barely get through what little I did of this game without YouTube walkthroughs, shaming my so-called gamer cred. Still, they're great examples of how we can co-opt old ideas without simply porting them.

I can't believe my mom let me play this when I was 9.

The end of the summer was a bit more rewarding. I received a number of games for my birthday, and actually had time to work my way through them. Alan Wake was generally unsettling with moderately innovative game play, though the story was a bit too heavy-handed for my taste. I’m glad I hadn’t been waiting five years for it. It was then I decided that I needed something a bit more…visceral. And so it was that after three years of owning it, I tried to slash my way through Assassin’s Creed. Again. And so I hopped onto my faithful steed and rode through the Holy Land once more. I was sure that this time I would finish my mission.

But then I started playing Halo 3 again.

I’m sorry, Ubisoft. I really am. Reach was coming out, and I needed to refine my teabagging moves. And so it was, after work one night, I hurried home and grabbed a shower, filled an empty thermos with hard cider and started my two hour wait. Regrettably, upon receiving the game, the hard cider lead to me pointing the game case like a sniper rifle at the people behind me while striking a fair facsimile of a post-mortem teabag. I finished the campaign on the hardest difficulty and slept for three hours before going to work. This many people in one place getting so excited about the same thing made me feel more in tune with the gaming world than I ever have before, but that might have been the buzz talking.

Roughly a month later, I found myself at another midnight release. Memories of the Reach release still fresh in my mind, I showed up two hours before midnight just as the helpful text message from GameStop prodded me to do. This was a mistake. There were five poor souls that turned out for the midnight release of Fallout: New Vegas: Myself, my girlfriend, two twelve year-olds and their father. This stood in stark contrast to my last big gaming event of the year, the simultaneous release of The Force Unleashed 2 and Fable III. Being that the Rebel Alliance insignia is permanently emblazoned on my skin, I was in line for the former. Never before in my life had I seen such a sad, disparate group of geeks, though I understandably felt more at home with one over the other. Unfortunately, playing TFU2 made me question my allegiances on that night.

It haunts my dreams.

Still, I finished the year strong and with a revitalized desire to keep up with as many new releases as I could. I’ve played through some more of the Call of Duty games, ran through a handful of arcade titles, and finally experienced the paranoia incarnate that is Assassin's Creed: Brotherhood’s multiplayer. The Holiday season has brought me some new titles that I already feel like I missed the boat on in terms of hype (I’m looking at you, Black Ops) but I suppose you win some and you lose some.

At least I’m finally caught up on Assassin’s Creed.

It looks like 2011 is going to be another year of sequels. Maybe this is going to be the decade of sequels. Kinect will come into its own and perhaps we’ll all be leaked some information on a new generation of consoles. In the meantime, however, 2011, like the years before it, will be another 365 days of overwhelming ambition in the gaming industry. There will be gigantic hits, numerous sequels, and disappointing failures. But while I'm probably going to miss out on about half of them, my continuing gaming narrative will continue to defy the industry's obsession with staying current.