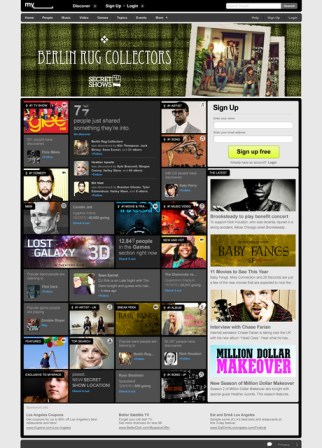 Sources told the publication that parent company News Corp. has long been looking to enforce drastic cost-cutting measures after the site’s revenues and traffic have been on a decline. While no decision has been made yet, the company is rumored to have given its staff a holiday for the last week of December in an attempt to save costs.

Back in October, the site unveiled a new logo and design intended as a way to infuse energy into the site’s brand, but not as a major turnaround for the company itself. However, a large-scale layoff as such would be drastic and undoubtedly affect the company’s long-term future.

Since News Corp. bought MySpace’s parent company in 2005 for $580 million, the site has traversed shaky grounds. Facebook overtook MySapce in number of users in 2008, and traffic has since gone downhill. In an attempt to make itself relevant again, it’s come out with a developer platform of its own (something it previously vetted against when it banned embedded content in its profiles), changed its profile layout, and cleaned up its design, all to no avail.

Also, the company recently faced trouble at the top. It hired ex-Facebook COO Owen Van Natta as CEO in April 2009 but had him step down just ten months later. Then Mike Jones and Jason Hirschhorn briefly ran the company as co-presidents. Hirschhorn departed in June, leaving Jones to run the shop alone.

MySpace has declined to comment on the rumors. Even if it turns out not to be as drastic a move as cutting half the staff, a layoff of some kind seems like a definite possibility.