How much would you pay for five independent games if given the option to pick your price? Gamers collectively chose to spend $1.8 million recently on the second Humble Indie Bundle, a compilation of five popular titles, with much of the proceeds going toward charity.

The event wouldn't have been the success it was if no one was interested in the available games or if it hadn't been put on for a good cause. Without digital distribution, though, the Humble Indie Bundles wouldn't have even been possible. When donors are purchasing nothing but data, the providors don't have to worry about added fees from packaging, printing, shipping, etc. to discourage people from getting involved.

Thankfully, the video-game industry's steps toward becoming an increasingly digital medium is making all sorts of innovative charity events possible. Combining the passion of gamers with the awesome power of the Internet offers developers and publishers a number of ways to rake in millions of dollars for worthy causes. A few recent examples demonstrate just how well this combo works and why more companies should follow suit.

When Hudson wanted to promote its low-profile platformer Lost in Shadow last year, the company launched its Shadows to Light campaign, a clever initiative to get fans to generate the buzz themselves. For every person who "liked" Lost in Shadow's Facebook profile, Hudson pledged to donate 10 cents to Penny Arcade's Child's Play charity benefiting sick children. In addition, changing your profile picture to one depicting a shadow bumped the donation up to a dollar. And if the promise of a charitable contribution for a few simple clicks wasn't enough, all participants were eligible to win a free copy of the game. 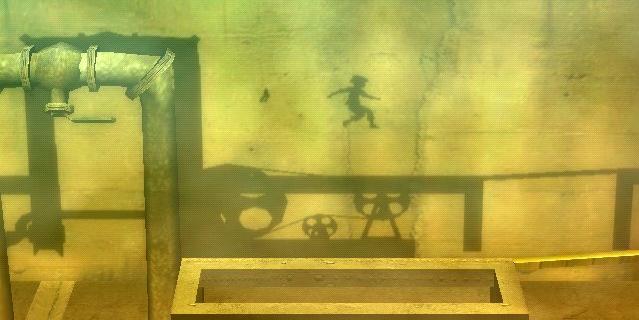 Hudson reported 4,303 people "liked" its page, and 289 changed their profile pictures to shadows. In addition, the company decided to double its pledged contributions, bringing the final donation to $1,478. That's not bad at all considering it only took participants a few seconds to spread the word and just a couple of minutes to multiply their donations a hundred times.

Epic Games asked for a bit more, a whole dollar, to take part in its Fate of Carmine campaign last year. It offered a few extra rewards in return, though. By paying a buck for a digital Xbox Live Avatar shirt, users cast their vote to either spare the life of Gears of War 3's Clayton Carmine or end it. Death found a Carmine brother in the previous two Gears games, but Epic Games decided to benefit charity by leaving the fate of the third sibling up to the fans. 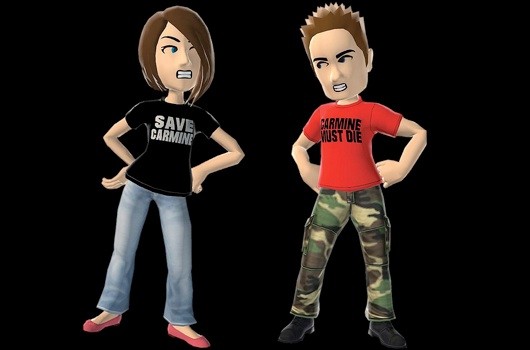 The campaign ultimately raised over $150,000 for Child's Play. A significant portion of the donation did come from the sale of real T-shirts at conventions and online, but a small piece of digital content and a bit of fan input turned a running gag into an amazing fundraiser for a good cause.

Other game companies have the potential to earn millions more for charity. Blizzard earned $2 million in just four hours last year when it released the Celestial Steed, a $25 World of Warcraft mount. That's not surprising considering there are over 12 million WoW subscribers in the world.

While the proceeds didn't go toward charity, I imagine if so many are willing to shell out $25 for a digital download that only differs from other mounts in appearance, plenty more would purchase a cheaper one, especially if the income benefited those in need. Yes, it takes time and money to design and develop a good mount, but when a company is raking in millions in the first few hours, it should be able to adequately compensate its employees with a mere fraction of the revenue.

More developers and publishers should follow these examples with cheap but worthy downloads. Limited edition gun camo or face paint in Call of Duty: Black Ops, a weekend sale on Virtual Console games, new crops in FarmVille; anything that players could justify spending a dollar on because it earns them a tangible reward in addition to the satisfaction of performing a good deed. At the very least, promotions like these would make people feel better about paying for content that's already on the disc but locked away by a downloadable key so publishers can squeeze out a few extra bucks. But these methods could also allow companies to earn hundreds of thousands (if not millions) of dollars for charity each year by doing what video games do best: keeping us entertained and engaged.