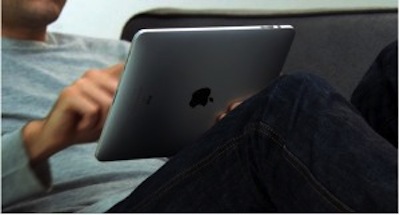 The holidays have been good to Apple, and in particular to iPad sales. In its first quarter 2011 earnings report today, Apple said it sold an astonishing 7.33 million iPads and 16.24 million iPhones in the quarter.

To put those numbers in perspective, it took Apple around five months to sell its first 7 million iPads. In its previous earnings report in October 2010, Apple announced that it shipped 4.19 million iPads, which meant it had shipped a total of 7.5 million iPads since the device’s April launch. Even though it’s not as easily giftable as Amazon’s $139 Kindle, it’s clear that many lucky consumers received iPads for the holidays (or perhaps they decided to treat themselves to a gift).

Either way, iPad sales are accelerating, and it’ll be interesting to see if Apple can keep up the momentum for this quarter. With the announcement of the iPad 2 on the horizon, some consumers will definitely choose to hold off on iPad purchases. But if Apple manages to deliver the iPad 2 quickly after it’s announced (we’re figuring sometime in April), it will be able to make up for that loss with a new wave of buyers who were waiting for the company to offer a more polished iPad.

As for iPhone sales, Apple sold over 2 million more iPhones in Q1 than it did in the previous quarter, where it sold 14.1 million units. Again, the holidays certainly helped bump up those sales — but now that the iPhone is available on Verizon, Apple may be able to keep up sales, and possibly even approach 20 million units, in this current quarter.

Apple also reported that it sold 19.45 million iPods in Q1. As usual, there’s no breakdown within the types of iPods sold, but I don’t suspect that the aging iPod Classic made any waves over the holidays. Apple did mention that sales of the iPod Touch were up 27 percent from last year (driven by the launch of the fourth-generation iPod Touch), and they accounted for 50 percent of all iPod sales. Overall, iPod sales were down 7 percent from last year.