Are you ready for some of the most memorable Final Fantasy 13 characters to make their return? I know I am. 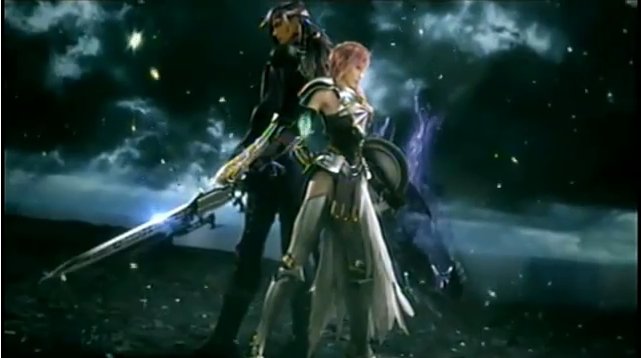 Square Enix confirms what most of us were expecting by officially announcing Final Fantasy 13-2. 1UP reports that the company revealed its direct sequel to Final Fantasy 13 at "an event in Japan to update fans on some of its new titles" but apparently mentioned little else of note. Known factoids include the return of acrobatic supersoldier Lightning along with Director Motomu Toriyama and Producer Yoshinori Kitase's continued involvement with the game. Square's planning to release it in Japan later this year (Xbox 360 and PlayStation 3), but as real FF13 fans know, that means somewhere around 2015.

A new PS3 hack apparently allows users to instantly unlock all Trophies in a game. Thanks to hacker George "GeoHot" Hotz's now infamous shenanigans with the console's root key, owners of jailbroken PS3s can illicitly attain Trophies (complete with random timestamps) via the aptly-named PS3 Unlocker and even reportedly sync their false accomplishments with the PlayStation Network. "Just tried it with Buzz!: Quiz TV (EU) original disc. Played a round of the game then quit. Trophies now show as 100%. I had 70% previously," wrote a user of a hacking forum, presumably moments before realizing how completely he had just embarrassed himself. [CVG]

Positech Games (Gratuitous Space Battles) founder Cliff Harris shares his thoughts on studio developers jumping ship to pursue solo projects. "If I ran a big studio and employed lots of people, I would be petrified that the best people would just bugger off and start their own studios," Harris said in an interview with GamesIndustry.biz, conveniently forgetting that a reduced production team means more donuts on donut day. "It must be a nightmare now, with Minecraft [reaching one million paying players], with lead coders saying, 'I want another $30,000 or I'm just going to go off and do what that guy did.'" Harris also chided top developers for missing their opportunity to take advantage of smaller games and self-publishing when Steam was but a glimmer in Valve's eyes. "I knew Steam would be massive," he said. "Nobody seemed to take it seriously at the time, they just thought it was insane. It's crazy that everyone just sat on their hands and let the few smart guys go and sort of grab the whole digital download market." Speaking of Steam, PS3 gamers should perk up for the next piece of news, because….

Valve details the Steam features of the PS3 version of Portal 2. As the debut of Steam functionality on a console, Portal 2 for the PS3 will feature cross-platform multiplayer (PC/Mac vs. PS3), persistent cloud-based storage of PS3 saved games, and cross-platform chat. "We designed the Portal 2 PS3 experience to be very straightforward for gamers," said Josh Weier, project lead on Portal 2 at Valve. "PS3 gamers will be able to simply drop the Blu-Ray disc in the PS3, link to their Steam account from inside the game, and all their Steam friends (on PC and Mac) will be visible and accessible for chat and game invites." Portal 2 is set for an April release on the PS3, PC, Mac, and Xbox 360.