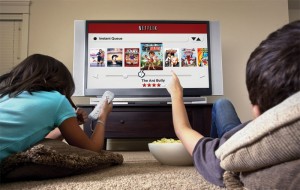 By making the rankings public, Netflix likely hopes to shame ISPs into providing better performance for their customers. The move is the latest in a very public back and forth between Netflix and the ISP industry, who aren’t taking too kindly to the movie service’s all-you-can-eat video streaming.

Popular ISPs like Comcast, Cablevision and Cox all rank near the top of the list, so it doesn’t seem as if the report is any sort of smoking gun against the ISP industry. Still, Netflix plans to release new ISP reports every month, so it will become readily apparent if any major ISP starts to perform worse. In Canada, all of the ISPs ranked above 2.5 megabits per second, which puts them among the best American ISPs.

When it comes to Facebook integration, Netflix said yesterday in a letter to its shareholders (PDF link) that it plans to offer integration with the social network, together with a new initiative to divide household Netflix accounts into personal accounts, All Things Digital reports. The company last year dropped its own social feature because less than two percent of users took advantage of it. Integrating with Facebook would let users more easily share their queues, and it also opens the door for synchronized group viewing of Netflix streaming video.

Netflix’s original Friends feature was difficult to use and never promoted very well, so it’s no surprise that it died off. It also seemed clear that Netflix didn’t have the time or energy to spend on improving it. Now the company doesn’t have to worry about building and managing its own social network, it merely has to open the door for Facebook to do the heavy lifting.