There’s been a real explosion in TV check-in startups in the last year or so, but today, a company called IntoNow is launching what may be the most impressive social TV app yet.

IntoNow spun out of online video ad company Auditude, and the most attention-grabbing part of the app involves technology that was developed at Auditude. Think of it as the TV equivalent of music app Shazam — you can turn on the app (which is available for Apple’s iOS devices) while you’re watching a TV show, then the app will recognize the audio and identify the show. That makes it easier to tell your friends about what you’re watching, since you don’t have to type anything in. It also means you can get very specific, sharing not just the show but also the episode.

On the backend, IntoNow seems to be pulling an even more impressive technical feat than Shazam. It’s not just pulling its results from a library of songs, but actually processing more than 120 channels of television in real-time. So when the IntoNow team demonstrated the app for me last week, we watched a news show that was being broadcast for the very first time, yet the app still recognized it.

And it doesn’t just recognize new content. Founder and chief executive Adam Cahan said that thanks to Auditude, IntoNow has a record of pretty much anything that was broadcast on TV in the last five years. And that includes plenty of reruns, since the Auditude app recognized one of Cahan’s favorite shows, The Fresh Prince of Bel-Air.

Cahan said IntoNow will also make this technology, which it calls the SoundPrint platform, available to device manufacturers and application developers.

And the app does more than make it easy to share what you’re watching. Cahan argued that badges and other rewards for TV check-ins aren’t what motivate people to share — instead, the real reward is having fun, meaningful interactions. So you can share the shows you’re watching in the app, or on Facebook or Twitter, and you can see who else is watching the show at the same time, hopefully prompting some conversation.

If you’re interested in a show that someone else has shared, IntoNow makes it easy for you to watch that show too by immediately adding it to your Netflix queue or buying it on iTunes (assuming that it’s available). And you can learn more about the show by looking up its Internet Movie Database listing within the app.

Another cool feature tells you what’s on now that your friends have watched. So if your friend said they were watching a specific episode a few weeks ago, the IntoNow app will remember that, and will tell you if the episode is being repeated right now. It’s a fun, serendipitous way to find recommendations for what you could be watching at this moment.

As for how IntoNow plans to make money, Cahan noted that there are lots of advertising opportunities, especially since IntoNow can recognize the sound of commercials. So you could turn the app on while watching a commercial that you find particularly interesting, and it could provide additional information or offers around that product.

IntoNow hasn’t raised any of its own funding since spinning out of Auditude. Competitors include Miso and GetGlue. 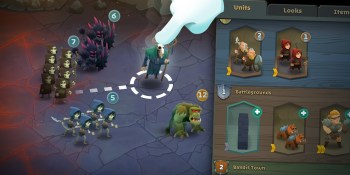