We are approaching a sort of event horizon when it comes to gaming graphics. Since progressing into the polygonal age, game graphics have arguably seen only incremental improvement. Even though today's high-end PC graphics cards can pull off impressive feats, the general consumer consensus is that we're happy to wait another couple of years for the next console hardware generation to appear. Conventional wisdom also dictates it won't be for another year or two after that that things will come along to truly melt our faces. However, when the result of a ten-year hardware cycle is more realistic mud, you know the law of diminishing returns is in effect.

As a result, we're starting to perceive art direction as being equally or even more important than technical oomph. For example, the sumptuously animated characters in Ghost Trick (which recent western DS buyers may be galled to note is available on iOS in the original Japanese for free) stand out on garish, simple backgrounds. Meanwhile, many people considered Limbo as one of the best looking games of 2010. Its elegant silhouettes provided the player with a profound sense of malice and foreboding, and it was able to do so much more with less complicated graphics. 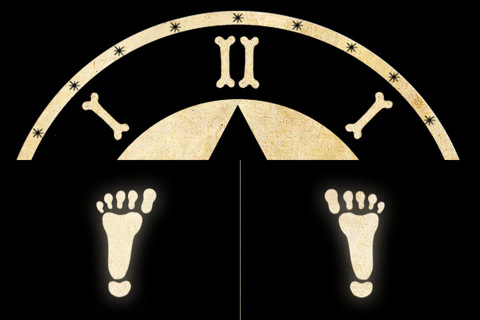 Then along comes Papa Sangre on the iPhone — a game that creates an interactive space without graphically representing it at all.

Similar in concept to an obscure early Xbox Live Indie game In the Pit, Papa Sangre has the player trapped in a mysterious netherworld while assisting lost souls, avoiding monsters, and finding the way to the realm's sinister titular ruler. Your character is blind, which means the game is playable only through a pair of stereo headphones. Surprisingly well-done voice acting combined with the distance and direction of environmental sounds warn you of impending threats, guide you to maze exits, and reveal more about the mysterious Sangre and your quest.

Papa Sangre is interesting because, in one form or another, we've always considered graphics as incredibly important to the survival horror genre. Alone in the Dark and Resident Evil were phenomenal looking games way back when. Silent Hill derived its creepy atmosphere from a necessary amount of pop-up-reducing fog on the original PlayStation. For a genre that, in film, is so reliant on scares coming from the unseen, video games are prone to scholck with very few exceptions. Fatal Frame and early Clock Tower installments stand out for me. 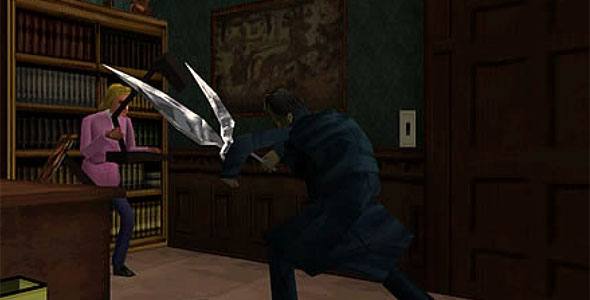 Papa Sangre's scares, however, are very definitely from the unseen, since you can't see any of them. While it doesn't quite work out perfectly, and you occasionally suffer unfair deaths, the phenomenal sound work of ominous creaks, screetches, cackles, and squelches evokes a far more vivid mental picture than could be created in 3D models. Furthermore, the mandatory sensory deprivation (the game is most definitely best played in a darkened room) has you fearing everything even remotely ominous and mistrusting everything that isn't. The game has some simple moral decisions in the form of rescuing additional characters as extra objectives, and the way your narrative guide describes their plight makes you feel that she is not entirely what she seems.

It's a game that also understands one other crucial horror tenet: scares come from deprivation rather than empowerment. It's something games as a medium tend to ignore in a desire to drive the experience on with combat. Not only is your vision eliminated in Papa Sangre, but combat does not play a role in the game. Even movement is made difficult. Input is reduced to swipes for turns and alternate Track and Field–like presses of the screen to move one foot in front of the other. If you move too fast (as the startled are wont to do) you stumble, allowing predators to take your life. This, coupled with the sounds of your footfalls which give you vital hints about your terrain (you are more likely to fall when trudging through gloopy mud, for instance) completes the illusion, creating one of the most unique games you're likely to encounter any time soon.

In fact, it's a wonder why anything of Papa Sangre's ilk hasn't caught the indie darling eye before Somethin' Else started getting rave reviews for this — their first iPhone game. Now, granted, visuals are what a game makes its first impressions with, but can you really think of a game where soundtrack even took precedent over graphics, let alone dominated the experience? Amiga nostalgists may remember a title called Valhalla, which was billed as the "world's first speech adventure," but all that amounted to was a game that looked bad and sounded worse, with a collection of voice samples that was ripe for parody.

Perhaps Rock Band fits the bill? Well, that's a bit of a cheat really. Similarly, certain people might remember Wipeout for the presence of Orbital and The Chemical Brothers, although that was more of a zeitgeist thing. Racking the brains leads to looking further back, where sound may have had to take precedent over constrained graphics. However, when games involved shooting blue blocks at a red block from a purple triangle, there wasn't much one could do with chip based bleeps and bloops — though the Atari 2600 could produce some terrifyingly jarring noises. The only game that comes close to something like Papa Sangre (apart from the previously mentioned In the Pit) in terms of putting sound above visuals is Deus Ex Machina. This was a Spectrum and C64 game that had its own soundtrack tape designed to perfectly sync up with the game as you were playing.

It's odd. As time has gone by, more and more technical limitations have been overcome graphically. Yet, as soon as CD quality sound arrived in mainstream hardware seventeen years ago, the state of video game audio has remained largely unchanged. Papa Sangre proves that you can tell a purely sonic story. Forget 2D being the alternative to 3D. Games can exist without visual dimensions if they want and still amaze players.