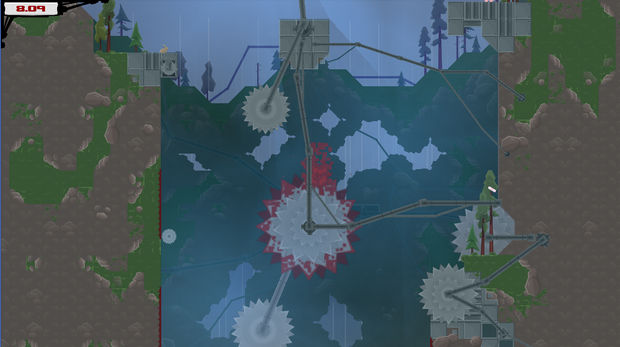 A video game is often a great way to thumb your nose at mortality. Unless you're playing the depressingly literal “One Chance,” every defeat comes with the promise of another attempt. The darkness that your demise plunges the world into only lasts for the number of seconds you wait before hitting the "continue" button.

Unfortunately, virtual immortality can feel like a curse depending on how a game functions through each failure. Losing should be enough of an inconvenience to discourage it but not so frustratingly convoluted that players actually count the time they're not progressing through a game against it. Here are a few basic suggestions developers should consider to make a player's time in limbo a more pleasant necessity.

Get back to dying ASAP

So you failed that challenging area…again. Ideally, there should only be time to take a deep breath and get back in. Got enough time to wipe the sweat off your controller, ponder a bit, glance around, give your controller a few curious sniffs, and jot down a note to buy some cleaning wipes next time you're at the store? That's getting too long. The wait should provide a moment to gather one's composure, not feel like a penalty box.

The turnaround speed between each grisly, squishy death in Super Meat Boy will spoil you for any other game. The character will respawn instantaneously at the starting point after each failure, no questions asked. In a clever move, your body count climbs almost covertly until you finally finish the level, upon which the game replays all of your attempts at once like a meaty storming of Omaha Beach, waves of characters destroyed until your one lone winner emerges. Fun and humbling. 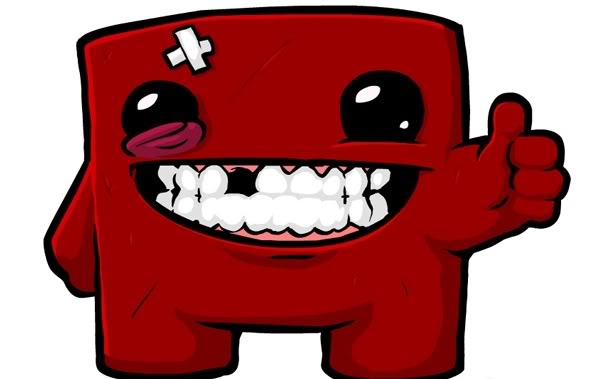 You can't keep a good chunk down.

On the other hand, Castlevania: Lords of Shadow is a beautiful game in several respects, but picking yourself up after each defeat is an ugly affair. Not only does it throw in the unnecessary step of forcing you to select “Yes” when asked if you want to restart from the last checkpoint (the default is “No,” as if a button masher once stole a developer's girlfriend), the checkpoint sometimes drops you back before some kind of climbing scene or balancing act. These likely are not the sections that killed you, but they must be relived anyway every time you want to have another go against the enemies who slaughtered you. It's a frustrating toll to pay for failure.

Give us something to do while dead

So you have a fancy game and need the time to re-render the world each time a player bites it. Fair enough. Just throw up some tip screens while they wait. Everybody loves tips, right?

Wrong. Tip screens are like the Clippy of the game world. “I see that a giant wolf ate you again. Did you know you can press B to dodge attacks? When your health bar is low, find something to recover!” Playing Snake in a YouTube window feels like a better way to spend time than watching the same help slides over and over.

If you want to help the player, let them practice. Bayonetta delivers brilliantly on this front, providing a simple black backdrop and a huge list of moves to try. It's such an easy concept yet so engaging — you'll wonder why more games don't utilize something similar. Sometimes I thought the loading time ended too soon, which should tell you something.

Why does a game like Super Mario Galaxy still have a “lives” system? It's simple to collect them, and each world has plenty of checkpoints where you can restart while you still have them. And on the occasion you should run out, your big penalty is…getting sent back a bit to the start of that particular stage?

Sometimes it feels like games treat death in a certain manner only because our minds have been conditioned that way. When Entertainment Weekly writer Jeff Jensen was criticized for naming Kirby's Epic Yarn a “Worst Game of the Year,” he considered the absence of a “lives” system a detriment:

“To be clear, it's like Kirby's Epic Yarn doesn't possess any degree of difficulty. Some levels do require some puzzle-solving and nimble button-pushing. But there are no stakes. You can't 'die.' There is never the threat of a 'game over' like Pac-Man or Donkey Kong.” 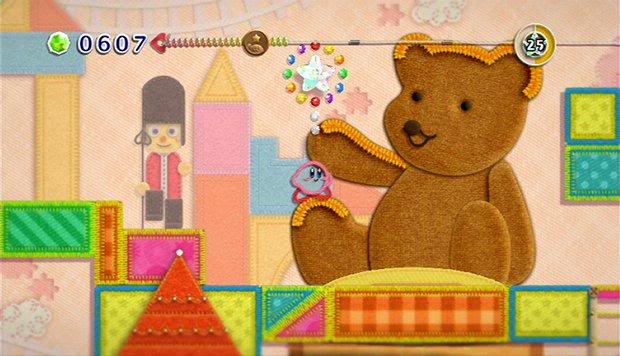 I find it somewhat interesting that Pac-Man and Donkey Kong, two original arcade titles, would come to Jensen's mind in this case. They can be undoubtedly challenging games, but was that challenge installed for any specific means other than getting the player to slip another quarter into the machine? In an age where the arcade is all but dead, does staving off death still have to equal the most worthy challenge?

BioShock essentially makes you immortal through the majority of the game, sending you back through Vita-Chambers with almost Super Meat Boy speed. It did little to stop the game from being praised as a worthy and engaging title. Kirby's Epic Yarn, in its own way, eschews death and places its challenge in collecting beads and items to open up new levels. Get hit and instead of your life bar going down, you lose merit and reward.

Is it still easy overall? Yes. But in this respect it creates the perfect family game, letting younger children play without the worry of ending it too soon while still establishing enough of a bar to keep older players interested. Both games did what they set out to do without making death the primary threat.

Death and defeat still have their roles in games today, but they are not the anchors they once were. Game worlds and designs have become more complicated since the early days of 1-UPs and Konami codes. Modern games should demand a certain effort from players without dangling a number of remaining lives over their heads.

Can I get an amen to that?