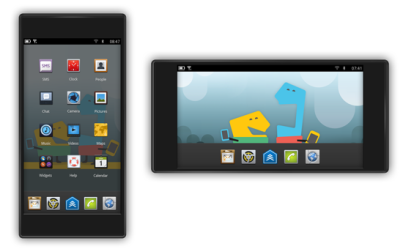 Even though MeeGo doesn’t appear to be a big part of Nokia’s future now that the company is looking to Windows Phone 7 as its primary operating system, its partner Intel remains committed to the platform.

In a statement released today, Intel said that it is “not blinking on MeeGo”, the Linux-based mobile operating system that it was building together with Nokia. “MeeGo is not just a phone OS, it supports multiple devices. And we’re seeing momentum across multiple segments – automotive systems, netbooks, tablets, set-top boxes, and our Intel silicon will be in a phone that ships this year,” the company said.

Nokia, which previously positioned MeeGo as its next-generation mobile platform, now says that it will release a single MeeGo device later this year as an experiment. After that, its MeeGo engineers will pursue other new and innovative possibilities. Its former head of MeeGo, Alberto Torres, is quitting the company.

Intel and Nokia announced MeeGo early last year, but it never made its way to smartphones. Nokia reportedly canceled its first MeeGo handset, most likely in preparation for its partnership with Microsoft.

Intel spokeswoman Suzy Ramirez tells the Wall Street Journal that MeeGo is already being used in cars in China, and it’s also available for netbooks, a tablet, and other devices. The company expects to announce further MeeGo news next week at the Mobile World Congress conference in Barcelona.

It’s unclear how much Intel has invested in MeeGo at this point, but Ramirez said that the company has heavily invested in Linux, which MeeGo is based on.

Still, MeeGo isn’t crucial to Intel — the company continues to support Windows Phone and Android. If MeeGo proves not to be worth the effort now that Nokia is effectively out of the project, I wouldn’t be surprised to see Intel give up on it entirely.