A week ago, most of the video-game community had no idea who Carole Lieberman was. Now, we've labeled her public enemy number one and destroyed her book's Amazon rating for the comments she made in a Fox News article linking video games to rape. Another victory for the good guys, right? 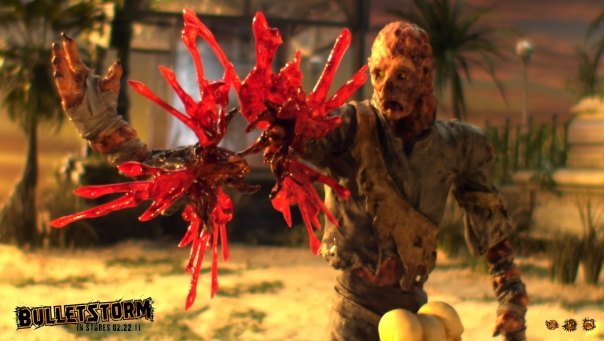 The way I see it, we're only treating the symptoms and not curing the sickness when we attack the people who speak ignorance rather than those who report it. Carole Lieberman isn't our enemy. She's just one of the many tools Fox News has used to toss video games under the bus.

Dealing with the blowback

"The increase in rapes can be attributed in large part to the playing out of [sexual] scenes in video games."

That was all it took for gamers to see red — and for good reason. As numerous detractors pointed out, the number of rapes has decreased since the '90s. It wasn't until Lieberman defended her statement, though, that she really became a target.

"Thousands of studies have shown that the more violent media a person consumes, the more desensitized to violence and the more aggressive they become. When this violence is sexualized it is even more stimulating. And rape is a violent crime."

When Wired pressed Lieberman on her statements, she repeatedly failed to list a single study that could support her claims. She did, however, discover some "proof" in the midst of the controversy. 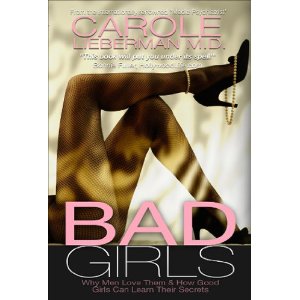 Lieberman's book "Bad Girls: Why Men Love Them & How Good Girls Can Learn Their Secrets" currently has 130 one star reviews on Amazon.

"I have received an onslaught of abusive emails, phone calls, and angry comments from gamers to the point of harassment," Lieberman told GamePolitics. "What has been most disturbing is the Amazon-bombing that gamers have done, regarding a book that has nothing whatsoever to do with video games. The so-called reviews have served to prove that video games do make people more aggressive, indeed.”

Learning from the mistakes of others

She could have anticipated that response with a quick search on Google or YouTube revealing the story of Cooper Lawrence, a radio host who argued on Fox News that Mass Effect grants players full control over graphic scenes featuring full digital nudity. Spike TV's Geoff Keighley was there to dispel the exaggerations and provide the proper context, but gamers decided to teach Lawrence a lesson by ruining her book's Amazon rating with negative reviews. Just as she admitted in the segment that she hadn't played the game, reviewers made wild accusations about how dangerous the book was despite not having read it.

Had Lieberman researched the incident, she would have also discovered Lawrence's comments on how she misspoke. "I really regret saying that, and now that I’ve seen the game and seen the sex scenes, it’s kind of a joke," she said. "Before the show I had asked somebody about what they had heard, and they had said it’s like pornography. But it’s not like pornography. I’ve seen episodes of Lost that are more sexually explicit."

Viewing these two incidents side by side raises the question "who's next?" I'd bet that thousands of people are willing to speak out against video games on Fox News. If most of them have the same research skills as Lieberman, they'll be just as eager to run into a fire as she was. Rather than attacking these people, the video-game community should focus on Fox News itself.

Rock, Paper, Shotgun discovered John Brandon, the man who reported Lieberman's comments, also appears to be a fan of loaded questions. M2 Research's Billy Pidgeon, who was also quoted in the story, revealed to RPS the loaded questions Brandon used to gather quotes.

"1. Bulletstorm glorifies violence for fun and extra points. You can shoot the bad guys in the private parts for points, get drunk and shoot for more points, throw a chain with spikes and hook enemies. But some of the worst parts are actually related to the names for the skill shots and the in-game dialogue, which is definitely profane. What should be done about these games?"

Fox also contacted Scott Steinberg, lead analyst and chief executive of video-game consulting firm TechSavvy Global, to comment on the story, but Brandon didn't use any of his quotes. He revealed yet another of the reporter's loaded questions: "Is Bulletstorm one of the more egregious examples or are there a lot of other more violent games?"

These questions alone make it obvious how Fox continuously manages to convince unqualified people to comment on games. Not only does it provide all the context they want interviewees to know, it puts words in their mouths by asking questions that assume they're already against the game. It also provides some insight into Brandon's interview style. He apparently shot four questions to numerous pundits to gather as many quotes as possible without the intention of having an actual discussion with any of these people.

No matter the situation, Fox is either willfully or ignorantly reporting lies about video games.
So, the next time you visit Amazon to write a review for a book you didn't read, stop and think about what you're doing. By the time these pundits learn they were misguided and manipulated, the damage is done. Instead, we should treat the source of the problem and teach Fox News a lesson by exposing its shoddy research and lack of ethics directly to the network and its audience.