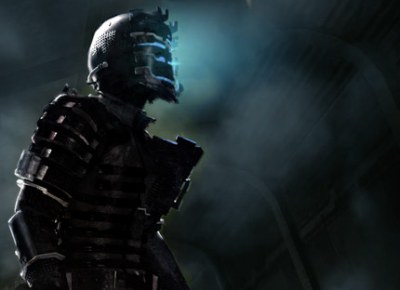 Gaikai has launched a beta test of its game streaming service that allows gamers to play high-quality video games in a browser. The first games available are titles such as Dead Space 2 from Electronic Arts and they show that Gaikai has followed through on its promise to market games to people who want instant gratification.

The demo shows that you can play heavy-duty games on a computer where you haven’t installed the games. This cloud-based gaming system, where the games are stored and executed on remote servers, offers a new way to both play and promote games. You can try out a demo of a game using only your web browser — without downloading the game to your computer — and play it in your browser window. If you want it, Gaikai gives you a way to instantly buy it. This instant demo could reduce the friction that stops players from making impulse purchase on the web and it could thus boost sales of titles for game publishers.

David Perry, chief executive of Gaikai, says that the games can be embedded within Facebook pages. That means you can play high-end PC games such as Mass Effect 2 embedded inside Facebook. Players could then share the game with their friends simply by sharing the embed link. That could be a very powerful way to spread a brand new game in a way that would be far more viral than can be done with games on other platforms.

“If we can get new interactive experiences to spread across Facebook virally, this is a capability that never technically existed before,” Perry said. “Think of Gaikai as an enablement technology to allow video game publishers to really embrace the digital future and to be able to reinforce the importance of online retailers and affiliates who frankly have incredibly valuable traffic.”

That’s no doubt why EA has cut a deal to provide a bunch of games to Gaikai, a startup in Aliso Viejo, Calif. Gaikai has the same kind of cloud-based gaming system that rivals OnLive and Otoy have. But while OnLive is launching its own online gaming service, Gaikai is partnering with game publishers and other companies that want to host games on their own web sites. Perry believes that embedding a Gaikai-enabled game in a web site is a great new way to promote games. You could, for instance, embed a game in a game review so that people who read the review can instantly try out the game.

I ran the beta tests this evening. I had to make sure my Adobe Flash software and Java software were updated. The Mass Effect 2 demo stalled on me. The Sims 3 game didn’t quite work properly as the bottom quarter of my screen was white space. Spore and Dead Space 2 worked fine. The Gaikai software ran a scan on my setup (cable modem) and determined it was fast enough to run. Then it went into an “instant demo” and threw me right into the startup menu for the game. I clicked and was in the game in no time, playing Spore on a laptop where I had never installed the game. Dead Space 2 worked equally well within my Internet Explorer window. When I exited the game play, the screens can ask if you want to buy the game. The point is to get you to experience the game in a hands-on way that you can’t do in other circumstances. The publishers set the price for how much the games will cost.

The Gaikai software tests your connection speed, the responsiveness of the internet data centers, and then decides whether to let you into the beta. Within 30 seconds or so, you’re playing the game. The experience is very similar to playing with OnLive, though you have to log into OnLive’s own network to play its games. You can also demo games for free on OnLive’s network, but Gaikai hopes to take its experience far beyond one web site. Perry said the company will demo stereoscopic 3D streaming on Battlefield Bad Company 2 and other titles running within Facebook this week at the Game Developers Conference in San Francisco. If all goes well, full-scale games will be available in a few months.

Perry said lots of game publishers are probably asking themselves what they will do about Zynga’s competitive threat, since the social game company dominates games on Facebook. Perry says the answer for traditional game companies is to use Gaikai to put their games everywhere, on any web site where they could be promoted.

Here’s some links to the Gaikai demos of the current games. You have to download the latest Flash and Java software and then confirm that your machine’s broadband connection can handle the game. Then you start playing the game. The demos include Mass Effect 2, Spore, The Sims 3, and Dead Space 2.

Feedback from the players looks good so far. About 81 percent of people who have tried out the demos so far say they would share them with a friend. 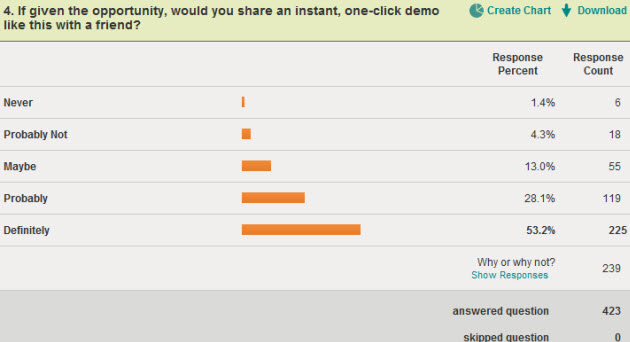